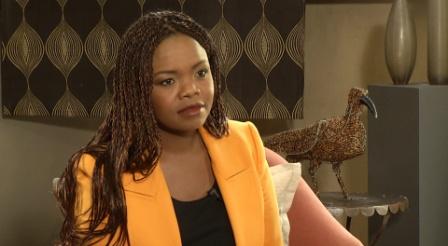 This Friday on Al Jazeera’s talk show South2North, Haru Mutasa (in photo) chats about millennial leadership with Pakistani author and political commentator Fatima Bhutto and two ambassadors to The One Young World Summit: Ilwad Elman from Somalia and Pradiip Alvarez from Venezuela.

Haru, a Zimbabwean-born Africa correspondent for Al Jazeera English, is filling in for the next three South2North shows for Redi Tlhabi, who is on maternity leave.

“It is that time of year when thousands of young leaders from all over the world gather at The One Young World summit,” Haru said at the start of the show, filmed at Sandton Convention Centre in Johannesburg. “These young leaders, also called Millennials, will govern the 21st century. So how will they navigate the challenges of our world?  And does their connected new world change the way leaders must lead?”

Fatima’s grandfather, Zulfikar Ali Bhutto, and aunt, Benazir Bhutto, were both prime ministers of Pakistan. “Growing up in a political family, the real vantage point you have is to see how power works,” says Fatima. “Power is a dangerous, dangerous animal.  It is to be treated with the deepest caution.”

A number of Bhuttos have been assassinated, including both Benazir and Fatima’s father Murtaza, so she knows the cost of speaking out against the abuse of power. “Pakistan has a history of silencing those who would speak out,” she says. “The lesson we have is very clear in Pakistan: if you are an inconvenient voice, your voice will be removed. But on the other hand, silence is not really an option; it can’t be an option, especially for young people.”

Similarly, Ilwad’s father was assassinated in Somalia for the work he was doing with former child soldiers. She came back to Somalia from Canada to visit her mother at a time when al-Shabab controlled much of the country and the curfew was 1pm. “As soon as I came, I wasn’t able to go back to Canada,” she remembers. “One thing I did a day contributed to changing somebody’s life. It became addictive.”

She believes that having lived in a country at peace like Canada gives her an important perspective to share with her compatriots. “In Somalia, 70% of the population is below the age of 30. The country has been 22 years in conflict. That means the majority of the population has only ever known war.”

She hopes the recent al-Shabab attack on Kenya’s Westgate Mall will raise awareness of the terror Somalia has endured for years. “They are sharing in the pain civilians in Somalia feel every single day,” she says.

Pradiip’s father was murdered three years ago. He says violence is a major problem in Venezuela. “Last year we had over 21 000 homicides. Only one of every 25 of those murders is punished; there is no incentive for criminals to stop committing crimes.”
Venezuelan president Nicolas Maduro blamed Spiderman and other superheroes for the high levels of youth violence in the country. “We sometimes feel like we live in a circus in Venezuela because the president likes to blame our problems on external factors, without really focusing on what’s going on in the country,” says Pradiip.

Venezuelan opposition leader Henrique Capriles Radonski has over 3.6m Twitter followers. “If he were to become president, he’d be the world leader with the second most followers on Twitter after Obama,” said Pradiip. “In Venezuela, social media is huge, Twitter especially. Freedom of expression in the press and television is so oppressed but it hasn’t gotten to Twitter level.”

Similarly, Ilwad says in Somalia, “Young people lack access to information. Social media has actually given them that platform to have information to challenge what is going on, to challenge their leaders and to create dialogue between themselves both locally in Somalia and also in the Diaspora.”

In contrast, Fatima says, “The Pakistani government has not only banned things like YouTube; they have also shut down cellphone service, which they say is to protect people but of course in the event of violence or a disaster you need connections more than ever.”

She questions if social media is as powerful as many think it is. “Though social media connects us and allows us to talk freely, it has limitations,” she says. “It’s quite shallow actually; there’s not a great depth of ideas being put forward on social media… It hasn’t broken through, for example, a highly centralized political system. It’s given people the impression they might be able to because they’re popular on social media but that’s not on the ground. And the people actually who are on social media are the people with electricity and computers and phone lines – and they’re the minority.”

She rather believes the real power for change is in voting. “If you want to change a system, that’s really the only way you can do that peacefully.”

The young leaders also discuss their role-models, the power of listening, and the role of expats in their countries of birth.

This week’s episode of South2North premieres at 19:30 GMT on Friday, 11 October 2013 and also screens on Saturday at 14h30, Sunday 04h30 and Monday 08h30.
For more information, visit http://www.aljazeera.com/programmes/south2north/, where all episodes are available to watch online.

As continued peace is restored ERF... 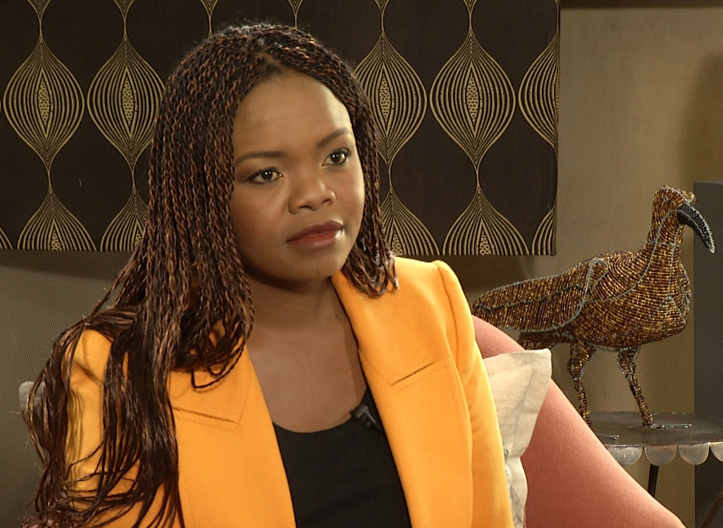