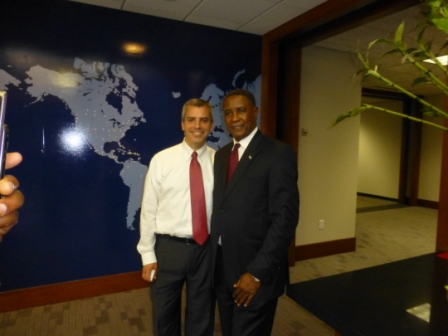 Alpha Kanu is his usual articulate public relations style informed Delta’s Perry Cantarutti, Senior Vice President, Europe, Middle East and Africa that Sierra Leone under the leadership of Dr. Ernest Bai Koroma is among the top 10 reformers in the world and has been projected to be the second fastest growing economy by 2018 after the People’s Republic of China.

“Sierra Leone’s qualification for the Millennium Challenge Cooperation (MCC) compact award, he continued, was not by accident. Quite apart from our high rating in the fight against corruption and improved governance structures, we are the sixth easiest country to do business in the world. We have created the enabling environment for the private sector to strive in Sierra Leone. No government can succeed without a strong private sector participation; this is why as a Government we want Delta Airlines to capitalize on our business friendly environment to extend their flights to Freetown.”

The Minister re-iterated that 60 percent of passengers on European flights to Sierra Leone are from Mainland America and have to go through the rigors of obtaining transit visas. A direct flight from New York to Freetown will not only generate revenue for Delta Airlines but will also strengthen Sierra Leone’s existing economic ties with the United States of America.

The MCC compact grant of 500million United States dollars is provided by the Federal Government of America and we would like American companies to implement some if not all of the projects lined up by the MCC, the Minister concluded.

Minister of Transport and Aviation, Leonard Balogun Koroma in his presentation informed Delta’s top executives that Sierra Leone signed an Open Skies Agreement with the United States of America in September, 2012. The signing of the Agreement he said, was initiated by Delta Airlines.

Since the signing of the Open Skies Agreement, Sierra Leone has made significant progress towards achieving the internationally accepted standards in Aviation security. In June this year, our international airport was certified by the International Civil Aviation Organization (ICAO) as one of the safest in the world. These developments, he concluded, will continue to make a positive impact on both passenger and cargo movement at the Freetown International Airport.

Responding to presentations from the Ministers, Perry Cantarutti on behalf of the CEO, Delta Airlines expressed his appreciation to the Government of Sierra Leone for the quality of the delegation sent to Atlanta to meet with them. This according to him, speaks volumes about the seriousness and commitment of the Government to the partnership. He congratulated the Government of Sierra Leone for the impressive growth and stability over the years which they would like to take advantage of moving forward.

Jeff Lobl, Managing Director, Networking Planning Transatlantic and JV said the availability of passenger statistics is very important to enable the company plan their routing. He therefore requested Mr. Abubakarr Kamara, Director Civil Aviation Authority to prepare a comprehensive data on passenger traffic between Freetown Europe and the sub-region for presentation to the Company’s Board of Directors.

Ministry of Information and Communications 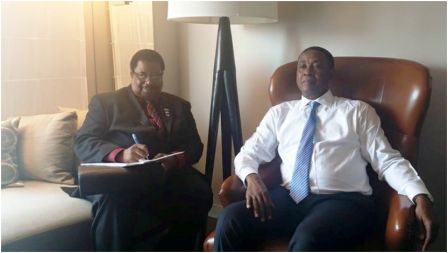