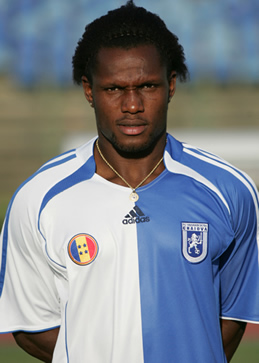 Leone Stars best achievement player for 2012 and 2013, Julius Gibrilla Woobay, was surprisingly dropped from Leone Stars world qualifying matches with Tunisia and Cape Verde. He was dropped by newly appointed 27 year coach, Johnny McKinstry.  Woobay, who plays for Neftci in Azerbaijan, played in the Europe champions league against several clubs including Inter Milan in Italy and he performed with  flying colours.

The mid fielder maestro won the 2012 to 2013 FA Cup and Azerbaijan premier championship scoring 12 goals in all competitions. None of the over 24 players invited for Tunisia and Cape Verde matches has achieve even half of what Woobay has achieved, but surprisingly he was dropped during Leone stars four days training sessions.  Coach McKinstry  gave the feeble excuse that he had better options that would trouble the Tunisians. The better option we saw was George Davies, aka Kweku, an academy player from Ghana.

“It is a gross disrespect and a big surprise for me to be dropped after all what I have achieved in Europe and come home to play for my country in high spirits,” Woobay stated frustratingly.

Disappointed fans keep wondering why a versatile and highly experienced player was dropped.