Sierra Leone have ended 2018 as the 115th best-ranked team, according to the final Fifa’s world rankings of the year.

The Leone Stars of Sierra Leone moved a place up from 116th in the global ratings announced on Thursday 20, December.

On the continental rating, they are static as the 29th best.

They last played to a 1-0 defeat to Ethiopia during their second 2019 qualifiers before facing disqualification by CAF.

Meanwhile, In Africa the Teranga Lions, who have not played since November’s rankings remain at 23rd globally.

There has been little movement on the December rankings with very few international games having been played.

Guinea-Bissau also moved up one place to joint 120 with Tajikistan, who have also lost two matches since November.

The only other African nation to move on the latest list is Zambia, who fell one place to 83, as they were leapfrogged by Oman on the back of two wins in the last month. 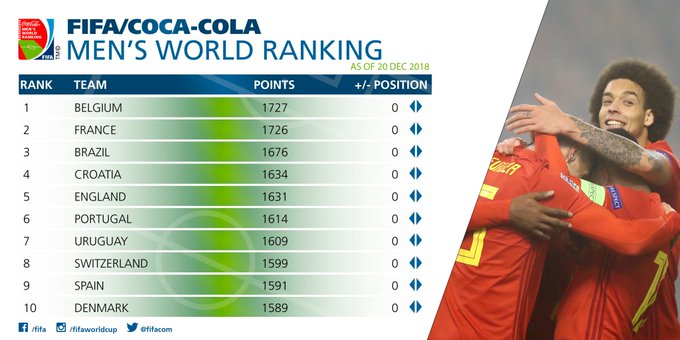