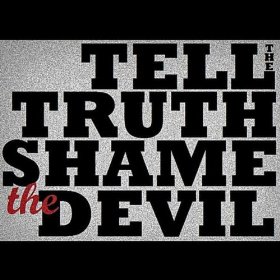 Truth is the devil’s worst enemy; it is a morale defense that bears the potential to pacify the most volatile situation. Truth is one of the bitterest pills that is very difficult to swallow. Berewa has shamed the devil by saying a very bitter truth that only an upright and God-fearing man can say.

Berewa has said the bitter but inescapable truth that the Supreme Court had every justification to throw out the 2012 election petition case filed by the opposition Sierra Leone Peoples Party (SLPP) of which he was the flag bearer in 2007. Berewa has confessed the, indeed, the SLPP defense team, led by Bubuaki Jabbie, made  silly and disastrous blunders that warranted the court’s decision. According to Berewa, one of the prominent blunders was the failure of the party to include President Koroma’s name in the petition. Berewa has also asked why the names of Victor Foh and Christiana Thorpe were mentioned in the petition.

Berewa has also questioned rationality of the party’s intention to take the matter to the ECOWAS court, arguing that the ECOWAS court little or no jurisdiction over cases related to election and taxation.

Berewa deserves national accolade for saying such truth at such a critical moment in our nation’s political history. That truth has the potential to tranquilize the SLPP fanatics who have all this while been misled into believing that the Supreme Court’s ruling was politically motivated. Most of the SLPP leaders, either advertently or inadvertently, failed to tell their suppoters the plain truth as Berewa has done. Mr. Berewa, may God bless you and your family for saying such a truth; your likes are very scarce in this nation; I will ever remain having tremendous respect for you; you are, indeed, a patriotic statesman that I will never forget. Many Sierra Leoneans evade the truth for selfish reasons; but you have made a remarkable difference. May the SLPP be wise enough to heed your advice not to expend more money on the petition case.

No Justice for Brutalized Indian