Momoh Konte – passing the test of vindication in Sierra Leone 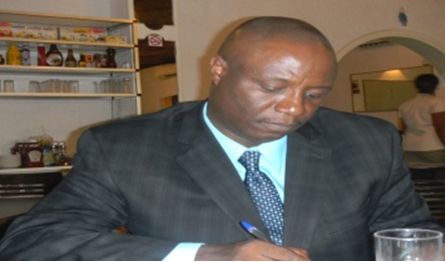 Momoh Konte – passing the test of vindication in Sierra Leone

On the 24th May 2013, Justice Abdulai Charm of the Freetown High Court declared Momoh Kemoh Konte, who was facing a five count charge of corruption related offences, not guilty on all the five counts.  He was therefore accordingly acquitted and discharged.

The presiding judge, having carefully reviewed the mass of evidence adduced during the protracted trial with respect to each of the five counts, told the court in his final ruling that the prosecution representing the Anti-Corruption Commission has not been able to convince him, the judge, that indeed the accused, Momoh Konte did solicit an advantage contrary to the laws of the ACC, neither did he use his influence to obtain the assistance of public officials to expedite the issuance of a licence for the export of timber in favour of Taybar Services.

This is a summary of the ruling delivered during that historic moment of the trial between the State and the accused Momoh Kemoh Konte, Chief Executive Officer of Transtech International Limited located at Percival Street in Freetown.

Immediately after the verdict, the ACC issued a press release, expressing its disappointment and promising to pursue the matter further in the Appellate court. But this did not come as a surprise, giving the many cases the ACC has been losing in the face of stiff defenses and lack of credible evidence.

In the case of Momoh Konte, the trial was of a unique nature. It could be recalled that when in November 2011, the Al-Jazeera International Television Network broke the news that the Vice President, Chief Sam Sumana had been implicated in a documentary which exposed the illegal sale and exploitation of our local timber, a hell of dust was raised, putting the character and image of not only the Vice President into disrepute but the likes of Momoh Konte who both suffered a great deal of shock and humiliation.

It was apparent that it took Momoh Konte a great deal of time to recover from both the physical and psychological damage.  When he tried to find a quiet place to cool off, his detractors had nothing to say about him but to yell all over the place that he had run away to escape justice.

It was therefore a surprise to many when not long after the much vilified man reappeared with no trace of guilt or any emotional disturbances on his physical being. Momoh Konte, in his heart of hearts knew that one day society would vindicate him.

It is now clear by the reaction to the ruling that the Anti Corruption Commission did not appreciate the verdict.  The Commission expected the court to do otherwise, but the evidence tendered, including their witnesses, failed to convince the trial judge.  “There is no independent evidence before me that the accused Momoh K. Konte and Alex Mansaray, his alleged co-conspirator, agreed to request moneys from PW5 as a reward for facilitating their meeting with the Vice President…” part of the ruling states.

Of course, the Vice President had earlier been vindicated by the very ACC, stressing that the Commission had no case against him, leaving Monoh K. Konte on the hook.

One thing that the Al-Jazeera documentary brought out was that Sierra Leoneans are quick to nail down innocent people without justification, and that good men are easily vulnerable to the deceitful conduct of earthly men, which is why when the timber issue took centre stage in the conspiracy theory in 2011, Momoh Konte and his likes were easily crucified.

But thanks to the will of God, the truth will always remains the truth.  That was what the trial did that day, giving back to Caesar what was due to Caesar.

Today Momoh Konte is a free man; the ACC can go back to court, but Daniel has come to court.