Sierra Leone Labour Congress will observe the International Workers Day, also known as May Day, on May 1 this year.

Explaining this to Journalists yesterday at a press briefing at the offices of the Sierra Leone Labour Congress Secretariat in Freetown, the Vice President and Chairman of the May Day Planning Committee, Mr. Jenning A.B. Wright, stated that the rational for the observance of this day was to join other nations the world over in solidarity to advocate for workers.

He disclosed that this year’s, “Action now to ensure decent work and pay for all workers,” has been chosen in order to highlight the horrible working conditions and low pay that most workers are subjected to the world over.

He said the day is essentially significant in recognition of the hard work that has been ongoing into the rebuilding of our once ravaged country.

He said the working class has always been at the forefront of the struggle for a sustainable, prosperous and a united democratic country, while paying tribute to all workers of Sierra Leone for a peaceful and stable Country.

He described the day as great for all workers in the world in order to remind themselves of the major issues that affect worker’s welfare which he said is of great concern to them. He called on all workers to come together and work hard to bring positive changes in their workplaces.

He said that the biggest challenge they are presently faced with is the casual system and contractual employment which he said are not secure and reasonably well paid job arrangements.

In his statement, the Deputy Secretary General of Congress, Mr. Muktarr Williams, called for the full participation of affiliate members and their memberships in the march past to highlight the conditions of workers in the country. 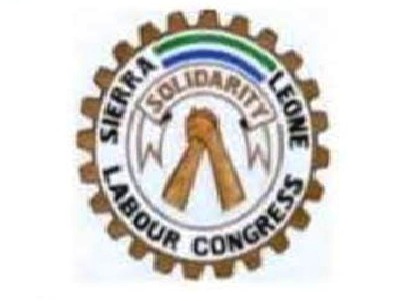