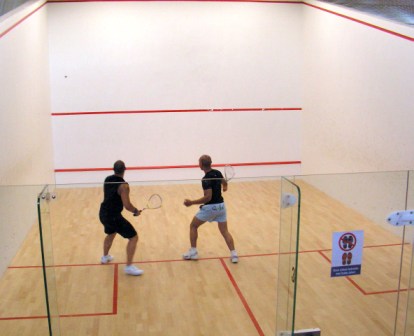 One of the outstanding squash players in the Armed Forces Squash Tournament, Mohamed Toby Sumaila, told the Sierra Express Media Sports that people should not have been surprised when President Dr Ernest Bai Koroma defeated Sahr James by 2 games to 1.

“The man is an icon who can beat any squash player at anytime, any place and under any condition,” he bragged.

He explained that President Koroma has been practicing squash even before he became President, adding that people who are concerned about his age should realize that the man is strong, trains regularly, has endurance, concentrates well and above all, has the experience to punish his opponents.

“During competition, he does not bully an opponent because he is President. He is friendly and always plays according to the rules of the game,” he stressed.

“The secret behind his success is that he will always ensure that he trains well early in the morning before going to work and immediately after work in the evening hours he is back in the court for training, which is why the man is always fit,” he observed.

He appealed to all players to start training squash as this game is good for one’s health which he said is the President Koroma, even though he is nearly sixty years of age is still going stronger and is fitter day by day.

I am in politics to serve says Hon...