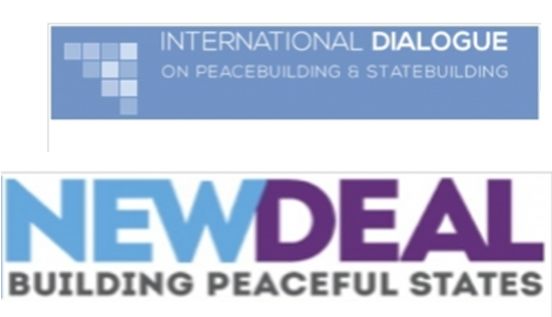 LONDON, 18 April 2013 – Sierra Leone’s Minister of Finance, Kaifala Marah, has called for the implementation of the New Deal for Engagement in Fragile States in the post-2015 development agenda to help Africa fulfil its potential.

‘It’s time to stand up to our continent’s least endearing trait: conflict. This reoccurring phenomenon is perpetuating poverty and hampering the fulfilment of Africa’s potential as a whole,’ warned Minister Marah.

Africa is the location for the majority of the 1.5 billion people living in fragile and conflict-affected states. Thirteen of the eighteen members of the g7+, a grouping of fragile states, are in Africa. No African member of the g7+ has yet achieved a single Millennium Development Goal (MDG).

‘Conditions for peace have to be set within the countries themselves’ said the Minister referring to the New Deal’s core principles of country-owned and country-led transitions to peace.

The New Deal was developed through the International Dialogue for Peacebuilding and Statebuilding and was endorsed in 2011 at the Fourth High Level Forum on Aid Effectiveness in Busan by over forty countries and organisations, the g7+ and OECD countries.

But, progress on delivering the changes the New Deal promised has not matched expectations, some notable exceptions aside. There are still 1.5 billion people living in states affected by conflict, fragility or high levels of criminal violence, and it is predicted that by 2015 half of the world’s population living on less than $1.25 a day will reside in fragile states.

Minister Marah bemoaned that ‘in spite of the New Deal signing, and fragile states’ persistent calls for a renewed approach­­­ progress on the ground has been sluggish. ‘That is why I am supporting the proposal from the International Dialogue on Peacebuilding and Statebuilding to put peace, justice and human security at the heart of the agenda for what should follow the MDGs when they expire in 2015.’

Minister Marah will be attending the International Dialogue’s Global Meeting on Friday 19thApril in Washington D.C., together with other ministers from the g7+, OECD countries, as well as leaders from international institutions, the private sector and civil society, including Helen Clark from UNDP and Rajiv Shah from USAID. The event is expected to culminate in a call for stronger global focus on conflict and fragility.

‘We have to ensure that the next generation, those born in 2015, are not caught up in the same problems of the current generation’ stressed Marah ‘to do this, it must be our imperative to create a new framework that embeds just and lasting peace, justice, and human security as goals in themselves.’

About the New Deal – The New Deal for Engagement in Fragile States was established and endorsed at the High-level forum on Aid Effectiveness held in Busan, South Korea in December 2011. Endorsed by over 40 countries and organisations, the New Deal is an innovative framework that identifies key peace- and state-building priorities and supports country owned and country led transitions from fragility and conflict to peace and development.

About the g7+ -The g7+ is a group of 17 conflict affected and fragile states. The g7+ seeks to provide a fragile state’s perspective on fragility in order to work with development partners to improve the effectiveness of their assistance and help the membership to transition out of fragility – to say ‘goodbye to conflict and hello to development’.

Manzu to Launch ‘Ability In Disabi...