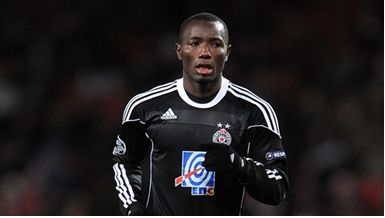 Sierra Leone versatile midfielder, Mohamed ‘Medo’ Kamara (in photo) was on target in the UK for Bolton Wanderers in the Npower Championship Saturday, away at the Valley against Charlton Athletic.

In the reverse fixture in December Bolton gained their sixth win in eight league matches against Charlton with a 2-0 triumph, courtesy of a second-half brace from substitute David Ngog.

But this time a goal scored by Marvin Sordell from deep inside the penalty box and long range shot in the 20th minute from the Sierra Leonean midfielder was not enough to take all three points in their away fixture.

Johnnie Jackson and Dervite leveled things up in the 25th and 60th minutes respectively before Kermogant scored from the spot to give the home side a breath of fresh air, 3-2 it ended against Bolton.

Midfielder Kamara, 25, was one of the three signings Bolton made on transfer deadline.

The Sierra Leone international began his career in Finland and has been a regular in Serbia since 2010, winning the league title on two occasions with Partizan and playing for the club in the Champions League.

Bolton is in eighth positions in the Npower table two spot from playoff.