Port Loko, March (SLENA):  Operation WID is now on a top gear at Gbere Junction, a town that was notorious for street trading, where the main streets were often used as garages and where trucks and trailer drivers could easily park on the highway for hours or days with impunity.

As at now, according to our source, this state of affairs has come to an abrupt end and both the streets and highways along the township have been freed from that age-old congestion.

A business man who travelled along that route earlier this week told SLENA that even travelers can now enjoy a total relief from the torments of those noisy and quarrelsome street traders who used to swarm around every other vehicle that makes a stop within the parameter of that junction.

These days, our source went on,  one can hardly see those lawless tanker or trailer drivers, not even the recklessness of drivers of mining companies. “Indeed, there is now the semblance of law and order at Gbere Junction,” said a government official.

Inspector Alimamy Koroma, the Commanding Officer of the Gbere Junction Police Station attributed this development to the pro-activeness of the Sierra Leone Police with the support of the community.

He said before Operation WID was declared in his area of responsibility, the Assistant Inspector General of Police in charge of North/West, F.U.K. Daboh summoned a meeting of stakeholders that comprised of market women and petty traders  to map out strategies in order to enhance a smooth implementation of the operation.

He said it was resolved at the end of that meeting that traders should re-locate along the Masiaka Highway, about 200 metres from Gbere Junction town itself, where all vehicles are only allowed to make a stop.

Inspector Koroma said the relocation started in earnest after Councillor Paul Idriss Kamara aka “INTO” had influenced mining companies around the area to help do the bush clearing.

The Commanding Officer further spoke of mobility constraints facing his Police Station, especially in addressing the frequent road accidents, wherein victims need to be rushed to nearby Hospitals for medical examination or treatment.

In an interview with SLENA, he explained how drivers are often tempted to go at very high speed because of the non-availability of police check points along the highways.

He however assured that police will continue the good hard work in spite of the prevailing challenges and urged for the co-operation of all. 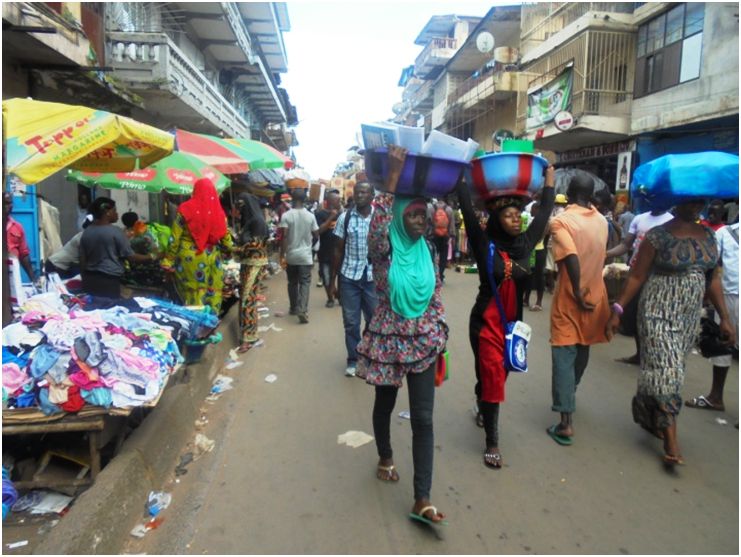 Has Government Surrendered to Street Tra...

‘Treat us as human beings and not as bea...