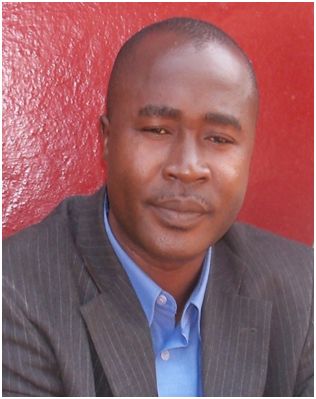 Wealth brings excitement and importance, plus respect. That is the case of present-day Sierra Leone, or at least that is what President Koroma’s ‘Agenda for Prosperity’ is ladling us with, that the nation is confronted with huge economic prospects.  (Photo: Elias Bangura, author)

I don’t need to have the wisdom of a philosopher to know the truth about that or the emergence of Sierra Leone economically; the signs of it are all over the place nationwide.

But what is not all over the place is the message of the prosperity agenda, its trumpet majors are asleep or they don’t know where to begin or how to begin their message to you and me. I have missed former Information Minister I.B. Kargbo already – because by this time he would have been in town like the piped piper with the melodies of the Agenda for Prosperity from Freetown to Washington to Moscow.

I don’t wonder why this is not the case, because the initiators of this bright policy called the ‘Agenda for Prosperity’ have not only been replaced but some of them have been transferred elsewhere. I hold the view that this has brought a slight tripping in the forward march of the prosperity agenda.

And it must be said that the genius of Kaifala Marah, current Finance and Development Minister, has not been well rewarded. To me, he has been demoted from the Chief of Staff position where he was such an invaluable player in the coordination of the activities of every minister, to now become someone who is reporting to the new Chief of Staff.

Dr Kaifala Mara, along with current Foreign Minister Samura Kamara, was one of the initiators of the ‘Agenda for Prosperity.’ Their ‘displacement’ has certainly brought about a slow down to the scheme of things. I might be wrong, but I suspect this and a resolution of it is of utmost importance, because I cannot wait to see the ‘Agenda for Prosperity’ train in full swing. I didn’t poll my vote for a government that is slow to act on its policies.

Already, though, I am very pleased with the success of Operation WID, but I am only worried about its sustenance because street traders are a stubborn lot – they need a more stubborn law and government to keep them off the streets to allow for the free flow of traffic.

And apart from Operation WID, or like Operation WID, more and better policies and resolutions should be implemented as and when the need arises – and presently, there are so many needs that you will begin to wonder whether the envisaged prosperity can address all of them.

But we will trust the wisdom of this government, and we will not rush it into doing things for the sake of expediency. Government  must however be told that quality or value for our votes must be attached to all products that it delivers to our doorsteps, whether our doorsteps are in the city or in the provinces.

Plus, it’s high time the vuvuzelas of the prosperity agenda are brought into play – their acts, and the governments activities, must be kept appropriately warm, appropriately relevant. We don’t want to be kept in the dark or in doubt about our own fates and our own resources.

Really, I don’t want to believe, like so many have started insinuating already, that too soon the ‘Agenda for Prosperity’ message and messengers have gone dumb. If I am not mistaken, there are so many public relations people and propagandists in this government’s parlour that there shouldn’t be a ceasing or stopping of their show at all. Yes, let us have the push button headlines, the ear-splitting commentaries, and the fever-pitched debates.

That is not an option but it is our right to know and be involved in everything – and this demand is not only going to the Government but to the Opposition as well, especially now that there is no third force in the governance of our nation. Let us all go home satisfied with ourselves and our works.

Now many of us know that governments after governments have given us in this place the wrong size slice of pie with none or few of us saying anything – now here comes the All People Congress party (to make amends of its past misdeeds as some would say or because necessity is laid upon them because of the dictates of democracy), and are working very hard to give us the right size slice of pie. Fine, how fine. But they had better do it quick while our appetite lasts. I have a feeling we are going to be treated right by this APC government, and when they do that then the ground will not be cut from beneath it whether now or in the next elections.

However, recalling the success of the APC in the last administration brings tears to my eyes on behalf of them – because we the people, like Oliver Twist, have been given room to ask for more. Give us more energy, more and better healthcare and education, more quality roads, and so on and so forth. Either give us these things in good measure or get ready to quit in 2017.

Of course memories and expectations do not fade, and the number of people who hope for better years and better things are daily increasing in number. I am one of such people, and it is why I voted for the APC! The Opposition Sierra Leone People Party’s new direction of intentions, which was based on supposition and wildness, had been scrutinized properly and revealed to us greed and a will to steal and misuse our trust and resources, which was why majority of us rejected them out rightly in last November’s elections.

Somehow one just cannot accept or one is forced to be suspicious about the political landscape of present-day Sierra Leone – how it smacks of insincerity across many political parties that are filled with cronies whose horizons stops at kickbacks and contracts and bad deals, regardless of how the nation fares or benefits. Thankfully, the APC is not like that. If you are that, you will be shown the exit door right away, and the ever-wakeful Anti Corruption Commission will be at your back with razor blades and lemon juice!

However, I am not sure that because I voted ‘4 for 4’ for the APC means truth should be the first casualty with me, or that I should lose my right to ask questions. The super-defenders (those who are more zealous or more righteous than us today when it comes to APC business or issues) should tell us clearly instead of their shouting us down because they have the louder microphones or the widest circulation whether we are now in a military regime where the people ought to obey and not to ask why, or whether we are in a democracy where fair dealing and reasoning is only proper.

Now if the APC government (my government, to put it properly) is mute, that is its business; but some of us, long before now even, have earned the right to ask and talk about the things that affects us as a nation. Whoever feels aggrieved because we are asking the needful questions should think again. Look, if this government succeeds, we who voted it in will feel good; but if it doesn’t succeed, what do you think? We will feel bad, and I don’t know whether some of us will have the audacity to own up about our lack of performance or whether we will be like children playing the blame game.

Hey, my good neighbour, is the ‘Agenda for Prosperity’ a dumb show or have they gone picnicking, careless of whether Bumbuna Hydro Dam has gone belly up or tuition fees in our tertiary institutions have multiplied – even the West African Examination Council have joined the hiking in fees in its private exams fees. Hmm, already, there are so many questions that need answers, truthful answers.

“No, you are just being inconsiderate, Neighbour Elias. The Cabinet has still not been fully constituted yet.”

Oh, really? What have they been doing since we won in November last year, do you know? Toll back if you can, please.