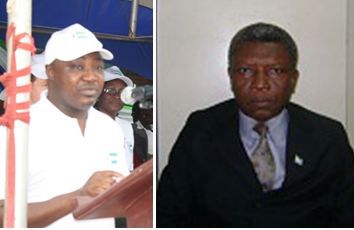 The ACC intervention is as a result of reports of fraud relating to the misuse of donor funds allocated to the Ministry of Health to specifically boost President Koroma’s free health care initiative.

A significant amount of this money is said to have been donated by the Bill Gates Foundation of the United States of America.

An official of the ACC who wished not to be identified, said the lasted fraud amounted to not just a criminal intent but to sabotage the president’s agenda of providing a better life for his people. The ACC official assured that the matter will be dealt with critically and will leave no stone unturned to unearth the criminal s behind the fraud.

It can be recalled that this is not the first time officials of the health ministry have been involved in the misuse of funds meant for the ministry. In 2010 or there and then, the former minister in that ministry, Mr. Sheku Tejan Koroma was charged and convicted over allegations of misuse for funds from the ministry. He appealed against the high court verdict, but a recent Appeal Court decision finally nailed down the former minister.