The main and currently aggrieved opposition Sierra Leone People’s Party (SLPP) appear to be always disobeying the popular saying that prevention is better than cure.  The party seems to be always closing the stable after the horse has bolted, i.e., taking precautions too late.

By announcing the 2012 presidential, parliamentary and local council results, the chairperson of the National Electoral Commission (NEC) has fired an irretrievable shot whether the SLPP accepts it or not.  Sierra Leone now has a sworn in President, the challenging of whom may be treasonable.

The SLPP outcry that the polls were massively rigged as there were abundant malpractices is like crying over spilt milk, the concern should have been raised during the polling and the SLPP would have gone the extra mile to prevent the results from being announced by either speedily issuing a court injunction or by any other legal means.

Now that Madam Thorpe has blown the whistle and declared the winner, whatever action SLPP now takes will be a belated one and may not be in the best interest of this republic.  The chance of reversing Madam Thorpe’s declaration is as slim as the eye of a needle, if not impossible.

In 2007, the then incumbent SLPP also cried foul when NEC declared void votes in almost all the polling stations in their stronghold, Kailahun.  But again the protest was made too late although the matter was raised close to the announcement of results, but before the SLPP could prepare for court action the results had been blasted.

Berewa had no alternative but to concede defeat and swallow the bitter pill to save the nation’s hard won peace.

I am concluding this piece by strongly advising the SLPP to be more vigilant and proactive when it comes to crying foul after the horse has bolted. Prevent the rigging, don’t cure it! 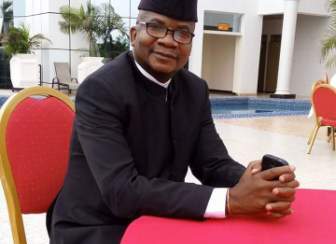 That SLPP siege in Sierra Leone must be...

“Free and fair elections are a fundament...