Mohamed Hady Jalloh (in photo) and sister Binta Jalloh, formerly of 77 Kissy Road, Freetown, have become victims of land grabbing and are currently being hunted by their uncle Mr. Jalloh who has been desperately searching for them since February this year.  Their disappearance was reportedly due to threats and harassment by their uncle for a house situated at 18 Free Street, Freetown and a piece of land located at Regent which their late parent bequeathed to them.

Reports indicate that Mr. Jalloh (the Uncle) is prepared to reward anyone that gets hold of Mohamed and Binta, who are said to have disagreed with their paternal uncle when he tried to seize the properties they inherited from their father.

Mohamed Hady Jalloh was born in 1991 and was a businessman in Freetown.

However, Mr. Jalloh refused to comment when our reporter approached him on the issue.

Ibrahim Jalloh, a businessman in Freetown and a relative, informed this medium that the rights of Mohamed and his sister are being constantly violated and they are deprived of their bona-fide inheritance and have been given cause to flee.  Property ‘wahala’ is a constraint for some young people in the country and one such consequence is the unwarranted disappearance of productive youths since they have no chance to fight for their rights.

PAVO poised to boost academia and... 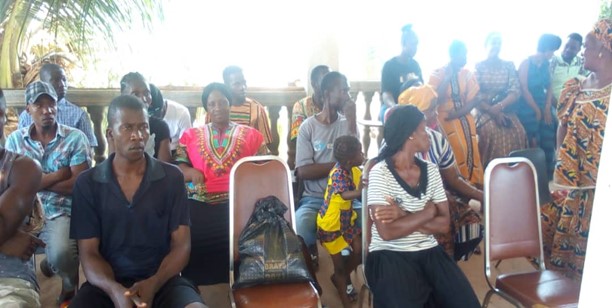