Why Humanity Can’t Solve Its Own Problems?

Why Humanity Can’t Solve Its Own Problems?

In this universe, man-kind has achieved great success in his efforts to control the physical world in which he lives by making it comfortable for his existence. Evidences are numerous with inventions by man, decades ago, and where we are today with technological advancement pacing at an alarming rate, man’s capability to venture outer spaces is no doubt being doubted.

Despite all of these, man has not been successful in dealing with his own problems as humanity today lives in dread or fear of war and hunger. On the contrary there are enough food grown all around the world to feed its people, but when it comes to fair trade policies, it’s totally a different thing.

Human beings are different by virtue of their race, culture, tradition and geographic location and in a world were some nations fight for economic, social and military supremacy; others forcefully are imposing their own tradition or way of life on other independent nations which for many reasons has failed humanity in dealing with their problems.

Before the new world order “Democracy “came, nations were developing peacefully with their own forms of governances, with law and order, which are assumed to be the elements of peace.

Democracy to a very large extent is tied to western values and traditions which many other nations lack as their basic moral principles compared to other traditions. Most importantly, their religion or beliefs are made so superior much as they want to impose or force to some nations, if not all, and it seems not only erroneous, but also a recipe for total chaos. For example, the Asians, Russians, and the Arabs are strongly against the western type of democracy.

African nations can be seen practicing western democracy mainly for economic reasons. The hyper-hypocrisy that engulfs humanity is a factor that keeps the human race blind to such problems. We are not against democracy here, what we are more concerned about is the implementation of borrowed concepts from other traditions and cultures.

Unequal trade, interest rates, indebtedness are factors we must not forget; because they are reducing the underdeveloped countries’ export earnings and shifts the inflation it generates to the economies of the underdeveloped nations thereby ruining them.

It’s is said that a hungry man is an angry man so in situations where the economy derails to hunger, it is easy for mankind to take advantage of that situation by creating a mole in a nations government and orchestrating political unrest. Most times it is through these malefactors they create they succeed in stealing the natural riches of our poor nations in Africa.

Man-kind would never succeed in identifying the human problem unless acts of greed, selfishness, political/economic machinations, and respect for one another’s religion or beliefs are maintained.

In this regard expending on arms and arms race are irrational because those monies could as well be spent judiciously on other need compounding the problems of other African countries.

By doing so the gap between the developed and the underdeveloped can be bridged, while cordial and sincere international relationship will start to exist and humans will begin to enjoy living in this global village in peace and harmony.

If the underdeveloped countries continue to starve, while those huge sums are still being spent on arms then one day it is possible that humanity would be wiped off the face of the earth.

As optimists we believe that our opinions, consciences and abilities for a united world will one day hold in solving humanity’s ailing problems.

Kudos President Koroma for the Pol... 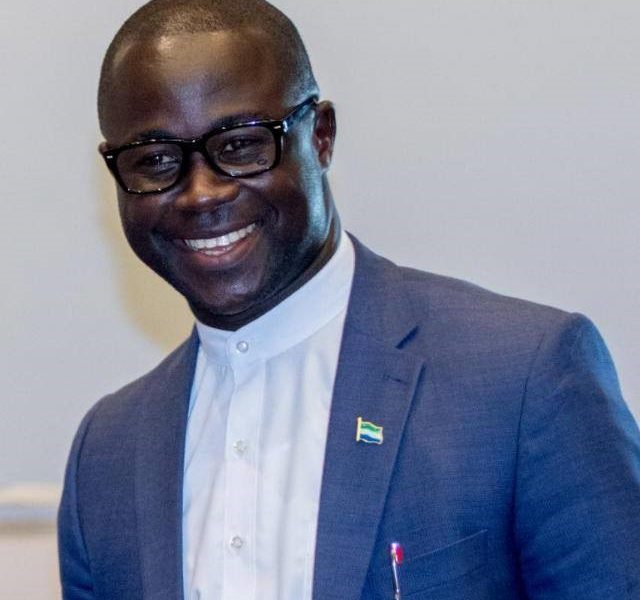