Hon Moijue Kaikai – the people say, he fulfils every promise he makes!

Hon Moijue Kaikai – the people say, he fulfils every promise he makes!

No one knows and respects the Resident Minister Southern region than the people of that region. Moijue Kaikai did not earn this respect and recognition through mere cajoling and sere generosity but through his faith, hard work, sincerity and unwavering dedication to duty. He does not take his job lightly; and he has every reason not to; especially if one’s fame in our 21st century politics has to “rest on a solid personal achievement,” as Chinua Achebe would come to let us know in his book titled “Things Fall apart”.   (Photo: Hon Moijue Kaikai – Resident Minister South)

The most difficult places to serve the APC party would be the East and Southern regions of Sierra Leone where the opposition SLPP party has the most support. The Southern region has, somehow, become a place where the name Moijue Kaikai is becoming a household name in the lips of the young and old. He has been garnering support for the ruling APC party through his aggressive outreach edeavours.

According to the people, he brings the APC party to them in their villages and towns and even in their farm huts. He does not speak ill of the opposition SLPP party during his political treks but would educate the people about the APC party and about the president’s agenda for the nation and for posterity. Contrary to what some members of the opposition would characterize him, Minister Kaikai is strongly perceived by many people in the South as someone who delivers on every promise he has ever made to them.

According to Chief Vela, in his vote of thanks during President Koroma’s visit to Nyandehun town in the Nyallay section of Bo Kakua Chiefdom on Sunday April 22nd, Minister Moijoi Kaikai made promises to Kpetema section and delivered! He did the same to Konima; Waterloo; Fengehun; Tongae; and now in Nyandehun section; and he has delivered in all of them! Where else has Moijoi Kaikai not delivered? He asked. The narration went almost like a melodious song, received and echoed by a crowd full of energy and strong appreciation for this son of the soil.

Outside of his official duties, he surrounds himself with people who have the nation at heart. In addition to his personality and leadership traits, he has adopted president Koroma’s style of reaching out to people in their comfort zones and meeting them halfway on their needs. He has demonstrated to his people in the South that the politics of today transcends tribe, religion and party affiliation. He has a calm spirit befitting a grass root politician. His political analysis of how the APC is going to win the elections is very captivating and he wraps such analysis with thought-provoking questions that usually leave his listeners wondering how he has so rapidly mastered the rudiments of grass root politicking in this country. In areas in the South where the APC party was struggling to have a candidate during the 2007 elections, Minister Kaikai has energized the electorates so much that we now see scores of people aspiring for seats and scrambling to secure  the APC party symbol across the southern region.

“I do not hate Retired Brigadier Julius Marda Bio”, Minister Kaikai states, “but I strongly believe that the people in the Southern region of Sierra Leone are catching up very fast and they now understand, more than any other time, that President Koroma is a development-oriented President and that is exactly what the country needs at this time. The APC is here to stay”, he reiterated! If nothing else, it has been a very wise choice by President Koroma to have this young man serving in this region of the country which used to be so polarized that the mere mention of the APC party was almost like an abomination and a curse. The APC party will surely benefit from such exceptional choice of a Minister in this very important region of the country now and in many years to come. 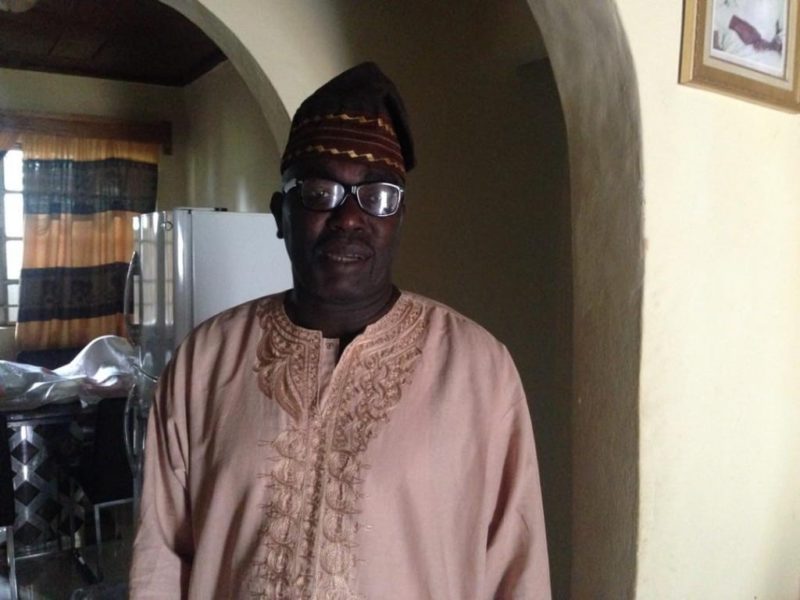