A sizable number of retired doctors in the Republic of Germany have articulated their willingness to offer ‘free medical services’ to Sierra Leone – their country of origin – should they be guaranteed better housing conditions, other obvious facilities etc, in the country.

Sierra Leonean doctors in Germany (retired) are reportedly not engaged in any form of work abroad, and so therefore have opted to render ‘free medical services’ to Sierra Leone.

Their readiness to provide free medical services to Sierra Leone, it is disclosed, was borne out of patriotism and the desire to uplift the health care system in Sierra Leone generally.

Dr. Christian Bell (founder and member of the Love One Another Campaign), and a gynecologist in Freetown/Sierra Leone is reportedly passionately facilitating and coordinating the proposed ‘free medical’ offer by number of medical Sierra Leonean doctors in Germany.

He said the retired doctors, in one voice, have expressed their willingness to offer ‘free medical services’ to Sierra Leone, but asked that government provides them with housing and other necessary facilities.

He further revealed that the doctors have opted to apply ‘on-line’ and will state the areas they choose to respectively operate.

That even non-Sierra Leonean doctors in Germany expressed similar sentiments.

“These doctors have promised to bring along their medical gadgets and train young doctors and nurses in the country.”

He noted that the doctors have asked that government put in place the available structures before their arrival.

He revealed however that he had longed approached government and informed them of the proposed ‘free medical services’ project, has still not received any go ahead from them. 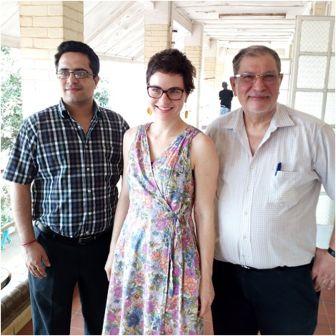