I am sure President Koroma must have known by now that his appointed Internal Affairs Minister is a misfit to society and governance generally.  (Photo: Ibrahim Samura, Editor)

Forget it man, even though people say Musa Tarawallie is President Koroma’s most trusted Minister (his main man), the Idiot couldn’t care less about that anyway.

In the land of Idiots, all including Sir Cleverest Idiot are free to talk once they’ve not infringed on the rights of others, but say things that are of extreme public concern.

I, the Idiot of a type, was virtually not in Kono when the Minister rebelliously ordered his police thugs to shoot at unarmed and defenseless Kono youth at all.

“Kill them. No youth will stop me from dethroning the Vice President at all. I am President Koroma’s choice of running mate; he is my bra and bosom. Nobody in the APC is able to separate us.”

In fact, had the Idiot been there, there was no way he could have passed such an order.

But to the dismay of the Idiot, it was all a disappointment that even the tribe’s relation of the current Vice President act as undercover agent for Musa Tarawallie.

And I am sure the Konos are aware of the fact that the Idiot is a senseless, brainless and unintelligent man.

He thinks small and it is a result of his acute stupidity that he was recently knighted as Sir Cleverest Idiot.

So don’t blame him at all. As for Vice President Sam Sumana, the Idiot is resolved at visiting him at his office cubicle at Tower Hill to tell him to his face that he will not enjoy the pleasure of a second term in office – den say u nor to APC ya!

And don’t presume the Idiot wrongly at all. He is neither you nor him, but rather an unbending, apolitical and patriotic Sierra Leonean.

So keep your cool and wait until the whistle is blown against you ya!

What then was the reason for the conflict between Kono youths and the Minister of Internal Affairs?

The answer is straightforwardly as a result of the continuing battle for running mate between the current Vice President and Musa Tarawallie.

The Idiot is told that Musa Tarawallie apparently dressed himself in borrowed robes by secretly paying money to people to have sung his name to President Koroma for running mate.

And it is a fact that Musa Tarawallie is practically fooling himself with nonsensical thoughts that he is President Koroma’s unfailing choice of running mate come 2012.

Gush! Your thought has failed you anyway. The Idiot has been told that Musa Tarawallie is one of President Koroma’s blue eyed boys.

He is virtually going crazy for the running mate position because he has had unhindered preferential and confidential treatments given him by the Di Pa himself.

Is Musa Tarawallie not the man accused of running underground movements for Di Pa? Well, the Idiot will neither comment nor say anything to that at all. As a senseless and brainless Idiot, it is not for him to remark on issues of state concern.

He is seen as a stupid and senseless folk innocent.

Oh yes, this is why he patrols the country with almost a battalion of armed bodyguards, yet nobody not even the President cautions him.

The Idiot has been told that Musa Tarawallie’s bravery and unafraid intentions to strip the Vice President of his position,  is,  but as a result of his intimacy with the leadership of the ruling APC.

You may want to ask how the Idiot gets it all. Trust, he will virtually not tell it all at all.

He will not because he is no more an Idiot of a type but of a kind.

Nowhere at State House is ‘out of bounds’ to the Idiot at all. He has the right to search archives and remove information he needs be they secret or not.

And you know what? As the Idiot passed the gates leading to State House, workers laugh at him and call him a stupid Idiot, or Mr. Idiot.

Of course, he never bothered them but rather gleefully waved his hands in approval of the fact that he is truly an Idiot as perceived.

But guess what; even the police could not check the Idiot as he enters into offices where confidential information is kept.

My people,  is it true that Musa Tarawallie pays money to strong APC supporters to make them blow his horn to President Koroma for the position of running mate?

Well, the twitter box in the warehouse of the Idiot has information revealing that indeed Musa Tarawallie did order his bodyguards to shoot at innocent youths.

That his supporters were putting on t-shirts bearing inscriptions such as: “Youth of Kono Supports Musa Tarawallie for VP.”

Then emerged another group of youth in support of Vice President Sam Sumana thus the genesis of what turned out to be a serious confrontation which as a result witnessed the spraying of live bullets by bodyguards of Musa Tarawallie.

The Idiot needs not waste time talking about reckless conducts of police officers serving as bodyguards to state officials at all.

Just after the shooting incident in Kono, guards attached to the President, again attacked and beat up a journalist to comatose.

Of course, and no doubt that the culprits will surely not go free but face the iron hand of the law.

As for the Inspector General of police; I mean you Francis Munu, your Waterloo is not far from near at all.

And in case you don’t know, the Idiot has been told that the present police boss is indeed the President’s tribesman and was appointed to that position on grounds of tribalism.

I, the Idiot of a type have said it and will continue to say it anyway. How for goodness sake would a state Minister order the unlawful discharging of live bullets against innocent youths, and Presidential guards allowed to beat up journalists and in the end nothing is done at all?

Shut up, you reckless police officers. You have been summoned to the Idiot and will be dealt with in the weeks to come. 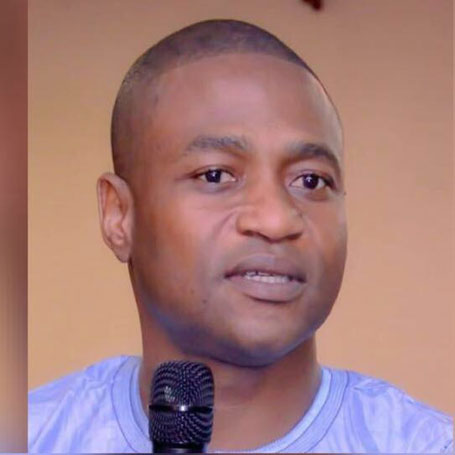 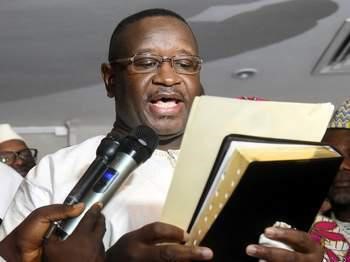