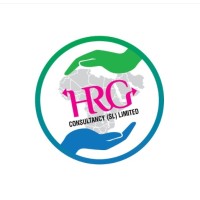 Human Resources Global Consultancy Sierra Leone Limited, an overseas job recruitment agency at 56 Bass Street, Brookfield in Freetown, has been accused of running an illegal overseas employment entity without registering with the appropriate institutions, including the Ministry of Labor and Social Security.

According to concerned citizens, the management of HRG has been collecting money from students or clients for further transfer abroad for employment. The said recruits are said to be undergoing training in Sierra Leone on various vocational skill jobs like carpentry, masonry, security, plumbing, agriculture and many other areas of work before being recruited for overseas employment.

In that regards, the disadvantaged Sierra Leoneans who are alleging that the company is engaged in illegal dubious activities in respect of the overseas recruitment drive, are calling on the swift intervention of the authorities and line ministries, including the Parliamentary Committee on Labor in Parliament, Immigration Department, Law Officers Department to investigate the allegations against HRG.

Speaking to the management of HRG at their Brookfields office in Freetown, a man identified as the Chief Executive Officer (CEO) for HRG, responded that all allegations levied against his organization are false and aimed at bringing down the hard won reputation of the management, adding that they are legally registered with the Corporate Affairs Commission (CAC).

He further displayed a license certificate issued to them by the Ministry of Labor and Social Security, which he said gives them the full mandate to operate as a private owned company to recruit Sierra Leoneans for overseas employment.

The CEO told journalists that it was a big lie and surprise to them to hear that they are receiving money from students, but have not facilitated their travel abroad, noting that HRG is the only overseas man-power recruitment agency that is recruiting Sierra Leoneans to work abroad on a free of cost basis, unlike other companies that had succeeded in duping citizens in the name of overseas travel.

The CEO concluded that they are working with all line institutions and their operation is well recognized by the Minister of Labor and Social Security, Alpha Timbo and other key institutions.

It could be recalled that many Sierra Leoneans have fallen prey to predators, who pretend that they are working with legal organizations, but most times they have ended up abandoning our brothers and sisters in the wilderness, especially young men and women, who are very much desperate to travel abroad for greener pastures, forgetting about the danger or risk involved in such illegal migration.