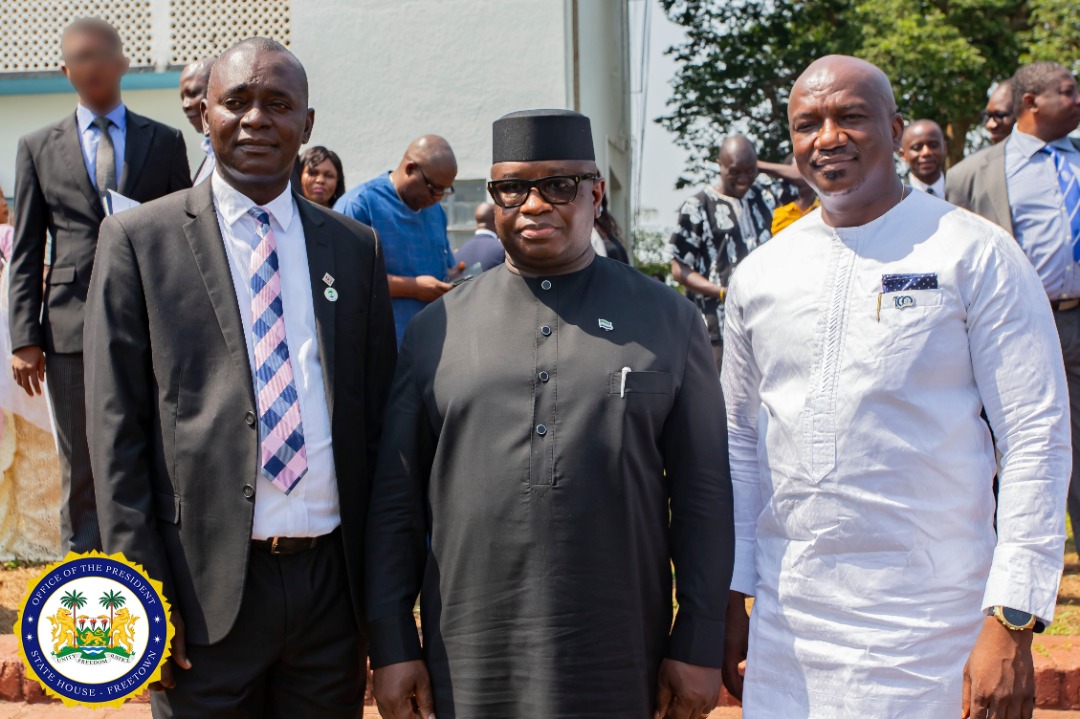 State House, Freetown, Friday 21 January 2022 – The New Attorney-General and Minister of Justice, Mohamed Lamin Tarawalley Esq. and the new Solicitor-General, Robert Baoma Kowa Esq. have subscribed to the oath of office before His Excellency President Dr Julius Maada Bio during a short ceremony.

Section 57 of the Constitution of Sierra Leone provides for both public officers to make a public commitment to the duties, responsibilities and obligations associated with holding public office.

Speaking on behalf of his colleague, Lawyer Tarawalley said he was happy and inspired by the confidence bestowed upon him by President Bio to serve in such a distinguished position, adding that he had accepted the appointment as the thirteenth Attorney-General and Minister of Justice of Sierra Leone.

He assured that he was standing on a solid rock of determination and an unmatched optimism in the discharge of his duties, saying that he would do his upmost best to justify his appointment by holding the ideals of honour and integrity of the office.

“Together with senior colleagues and working staff at the office of the Attorney General and Minister of Justice, we shall be committed to delivering justice across Sierra Leone, upholding the rule of law and protection of citizens’ human rights,” he concluded.

In a brief statement, His Excellency President Dr Julius Maada Bio congratulated the new Minister and Solicitor-General, noting that the task ahead was enormous and difficult but was also pivotal to government’s day-to-day running of the state.

“Good governance and supremacy of the law are important, and we want to operate within the confines of the law. I look up to you to advise the government and myself as we run the affairs of the state. I Congratulate you both as I expect the best legal advice from you and your team. You can always rely on me, not for legal advice but political advice,” he concluded.