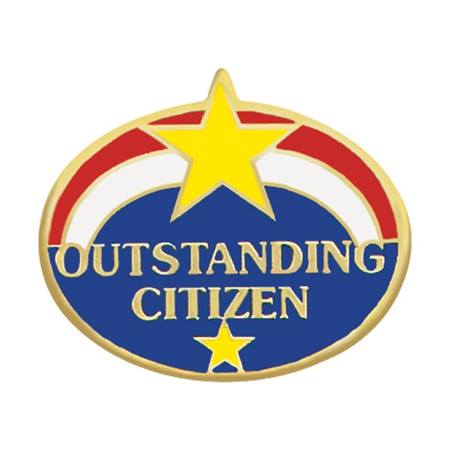 In this article, we commemorate the individuals who merit the citizens award, laying emphasis on persons who have been proactive in their communities, actively making sacrifices for the sake of others, and stayed informed about the ongoings in their communities. In view of my award panel team, the winners possess many of the qualifications required for this award. These individuals were highly considered not only for their active involvement in the United States, but also in Sierra Leone back in 2021 as well.

Over the years in the city of Dallas Fort-Worth in Texas, politics has been polarized in the Sierra Leone community to a point that it diminishes the patriotism of many. The polarization of politics has also led to the polarization of public opinion, to the extent that the rhetoric regarding political and social issues in Sierra Leone has been reduced to slander and dishonesty. Albeit few people are exceptionally conscientious and fair on their commitment to serve their communities at home and abroad diligently.

Texas is not alone here. Globally, Sierra Leoneans are living in societies where perceptions factor greatly when gauging the impact of social media in a society. While people expect this to make the situation better instead this often retracts from the path of harmony, peace, and love in our lives, leaving many of us pondering how we can exist furthering this disunity and divide amongst ourselves.

With that in consideration, it becomes more significant that we revere upstanding citizens in our community. The winner of the first citizen award for the year 2021 is the notable, Honorable Patrick Jackson, a businessman who have served the Dallas Fort-Worth community for many years and has never failed to meet expectations.

After been appointed as Honorary Consul by the previous government, Mr. Jackson continue in that capacity even though a new government had assumed power to represent Sierra Leone in Texas and the surrounding states. 2021 was a tumultuous year due to the advent of the coronavirus pandemic, however, Mr. Patrick Jackson has always stayed informed of the issues affecting the Dallas Fort-Worth community as well as issues plaguing Sierra Leone.

In response to the Wellington fire disaster, Honorable Jackson in collaboration with the Association of Sierra Leonean Organizations in Texas ASLOT, was a strong advocate in convincing the Sierra Leone community in the city of Dallas Fort Worth to raise funds to support the fire disaster victims. Honorable Jackson’s pioneering works and consciousness inspired many people to donate funds in support of families of who befall into the terrific fire disaster that occurred in Wellington in October this year. Thousands of dollars (cash) have already been transmitted to the Sierra Leone Medial Dental Association (SLMDA) for onward delivery to the beneficiaries.

In another outlook, Mr. Patrick Jackson had been very influential in galvanizing support for charity organizations that cater their support towards development in Sierra Leone. While many individuals were confirmed as fully vaccinated, and facilities started returning to operation mid of 2021, Mr. Jackson has always been invited as Chief patron of which that honor cost him so much money.

As a representation of the second largest state in the United States, Mr. Patrick Jackson remained an ambassador accustomed to obeying the orders of his seniors in Washington, Ambassador Sidique Abou Bakarr Wai, the Sierra Leone Ambassador to the United States. The Honorary consul invited the Ambassador to Dallas in September 2021 to address the community about issues affecting our country and how the government is handling them to its utmost ability. That was the first time Ambassador Wai visited Dallas since his appointment as Ambassador.

The second award goes to one of the most patriotic Sierra Leoneans that I personally can rely on, after my former boss, Victor O.F. Brandon who when he was serving the NPRC military rule, worked vigorously to serve only the best interests of the country. Mr. Brandon was the only Secretary of State in who served during military rule, who retired from government service without a car let alone a house.

The likes of Victor Brandon , Dr. Alusine Jalloh, a professor who has a staunch nationalist, who has been investing all his resources to promoting education in Sierra Leone to a higher standard. The award committee first investigated the background of the professor take into cognizance of the fact that Dr. Alusine Jalloh voluntarily retired from his luxurious job and left the United States as a professor and Director of the African program at the University of Texas in Arlington to serve his country. Professor Allusine Jalloh is now acting as the head of History department at Fourah-bay college, the University of Sierra Leone.

Despite that he left us in Dallas, the professor never forgets the roots of the causes that had led him into the path to becoming who he is today. He regularly participates in most of the major functions at the Dallas Fort-Worth Sierra Leone community. All through the year 2021, Dr. Jalloh, like Honorable Patrick Jackson, has been making financial contributions to enhance funerals, participating in some fundraising activities, and is very active in the WhatsApp community, utilizing it as a platform for enabling sociocultural and economic development of our country through dialogue.