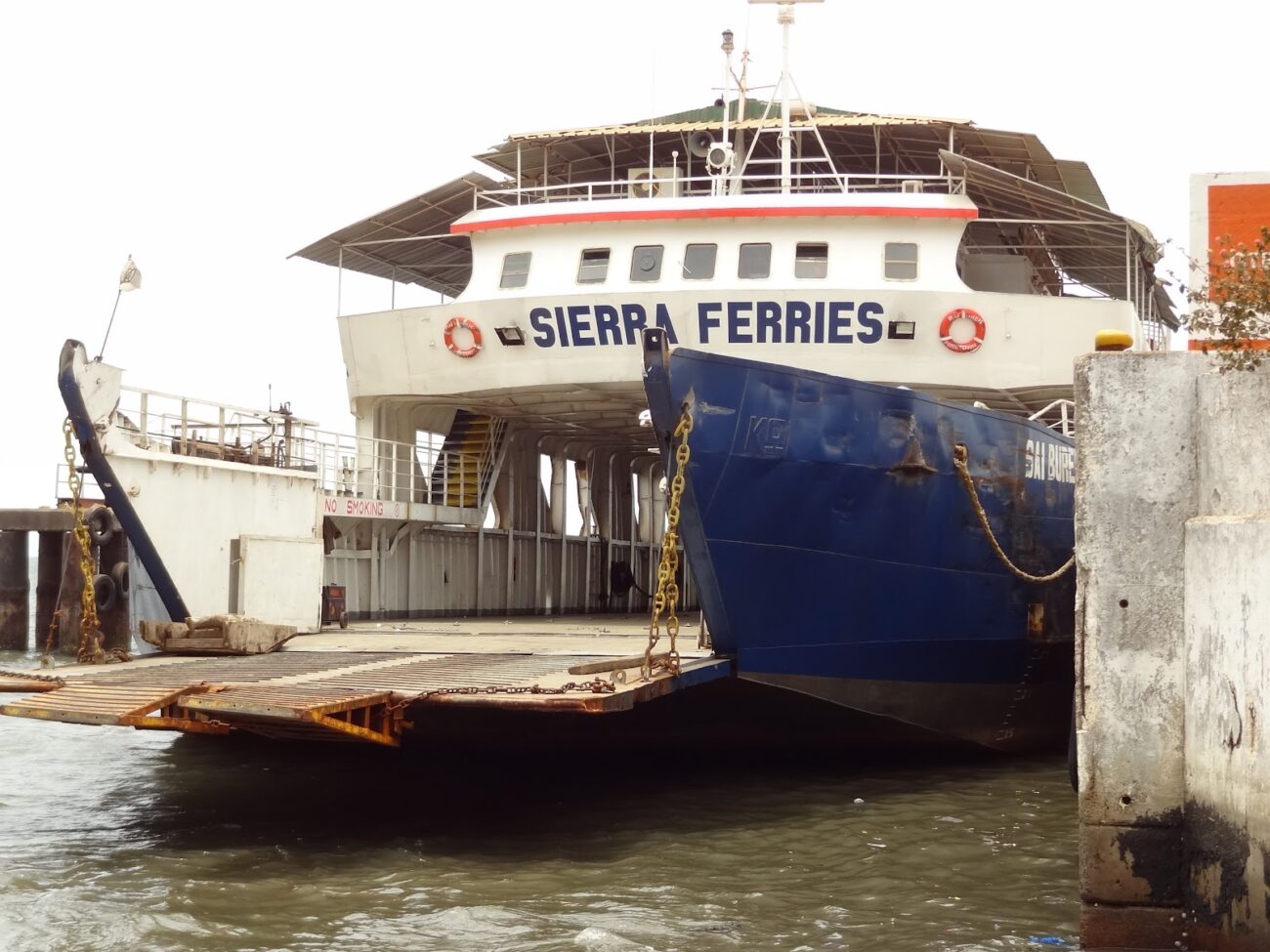 A vessel belonging to Shandon Mining Company which is engaged in Iron Ore mining is currently endangering the lives of ferry travellers between Kissy Terminal and Tagrin (Lungi). The vessel is anchored right along the sea route which causes ferries to use unfamiliar routes to avoid crashing against it.

On Saturday 14th August, 2021, the nation almost recorded another national disaster similar to the mudslide, which took place at Regent four years ago. The Shandon mining vessel anchored right on the way of ferries without indicator lights to warn approaching vessels.

As a result, the Ferry M.V. Mahera almost crashed into the Shandon vessel at about 20:40 p.m., which would have resulted in a huge disaster. There were more than five hundred passengers and almost one hundred vehicles onboard. “Passengers held their breath when the pilot fought to avoid the stationary object”, one of the passengers told Sierra Express.

The disaster was averted when the Co-pilot, Richard Samuel Bangura, who was in out-look, saw the obstacle and alerted the pilot.

“We were very close to hitting the mining vessel, when I took notice of it and suddenly alerted the pilot; if we had hit that vessel, the ferry’s ramp would have been destroyed, and that would have obstructed the movement of the ferry, and cause a big disaster”, Mr Bangura told Sierra Express, adding that he had complained to the Maritime Administration about the presence of the mining vessel on the ferry’s route.

“But it seems that our complaint fell on deaf ears; what I think is that the authorities at the Maritime Administration are waiting for a disaster to happen before they take our complaint seriously”, said Mr Bangura. He added that such vessel should not berth along the sea routes to Lungi: but at the queen Elizabeth Quay or at Kanikay.

A worker at the Maritime Administration said the vessel had wrecked on sea and that the mining company lacks the equipment to tow it.

The Director General of Maritime Administration was not available for his side of the story.