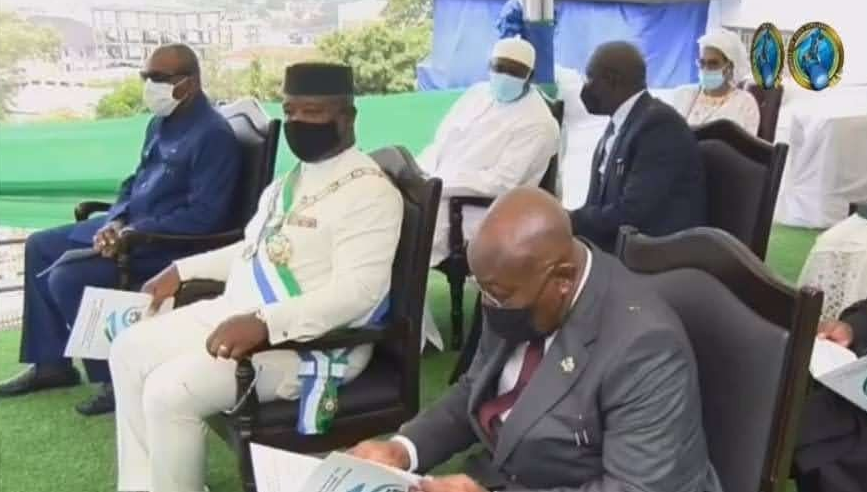 WE are of the belief that political mainstreaming was still being remote controlled by Britain even after independence, as it is in the case of many other West African states.

WE do not intend to dig into the nasty picture of colonialism; rather, our focus is to join the Government and people of our country in welcoming the Heads of State and their representatives and protocols who, against their very busy and important schedules, put premium in honouring our invitation extended to them by HE President Dr Julius Maada Bio to grace the occasion of the 60th anniversary of freedom from the rule of the British.

WE are well disposed and would like to join the Government and people of our beloved country in appreciating your coming, which we believe signals and fosters the spirit of African togetherness and solidarity.

Your coming also signifies our recognition as a nation among nations and more importantly that Sierra Leone is not an island nation.

WE are particularly encouraged that as eye witnesses of what obtains on the ground, you will be more accurately and objectively informed about the socio-economic and political trends in our beloved nation; that your observations and general perceptions would inform you about peace and democracy in Sierra Leone, where you had contributed enormous human and other resources to maintain the status quo.

WE eagerly look forward to your prudence, wisdom and good will based on what you would have seen and heard during your stay to ensure that peace and democracy reign in Sierra Leone.

We wish you the warmest of hospitality and safe travels back home!

The killing and arson in Kono, Sie...