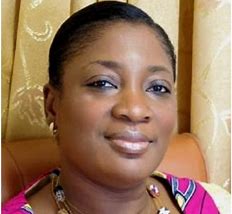 The Auditor General of Sierra Leone, Madam Lara Taylor-Pearce, in an interview on Radio Democracy’s Good Morning Salone Program past Monday, January 20, 2020, has stated that the bulk of the missing 140 billion Leones reported in the 2018 Audit Report actually occurred in the year 2018.

Her statement that morning clearly indicates that the Anti- Corruption Commissioner, Francis Ben Kelfala, was lying to Sierra Leoneans and the entire world when in a press conference held by the commission earlier this month stated that the bulk of the missing monies reported in the Audit Report had missing before 2018 during the time of the main opposition, All Peoples Congress (APC) administration.

The Auditor General’s statement has now clearly exposes the propaganda of the ACC Boss, who many say, was doing everything he could to cover-up for the Sierra Leone Peoples Party (SLPP) led government from its financial mishaps in the 2018 Audit Report.

It could be recalled that the ACC Boss has recently come under serious criticisms from the majority of Sierra Leoneans who say the fight against corruption under his watch is more or less political than national. The ACC Boss currently stands accused of being used as a government stooge to only go after the opposition members whilst he has done little or nothing to fight corruption within members of the ruling government.

While corruption scandals keep ravaging the SLPP government, many say the ACC Boss has done nothing absolutely to go after officials of the government who are being accused of corruption.

These allegations have now been given credence after it has been made clear that he was trying to cover-up the SLPP from its financial impropriety in the 2018 Audit Report by implicating the former administration in his press conference.