Defence Attaché interfaces with President of Organization of Military Sport in Africa, urges Sierra Leone to reactivate its membership 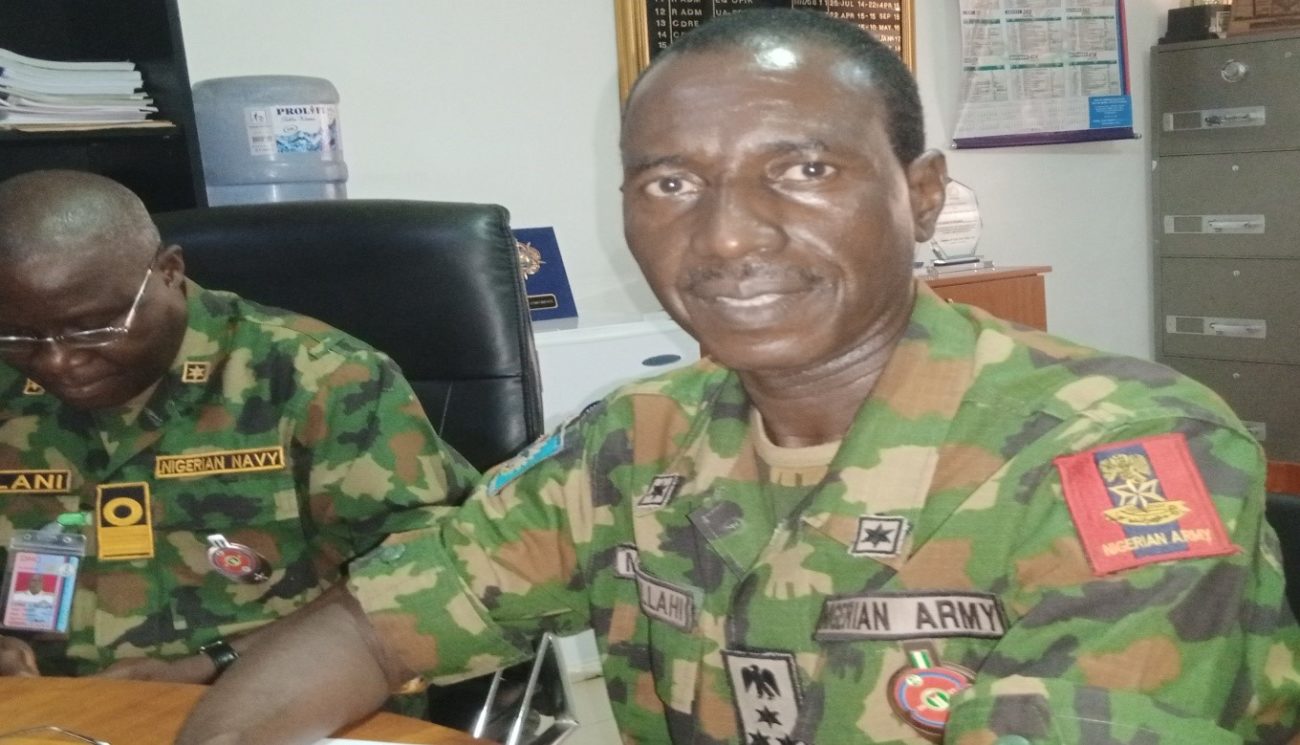 Defence Attaché interfaces with President of Organization of Military Sport in Africa, urges Sierra Leone to reactivate its membership

On Monday 24th November 2020, on invitation of the President of the Organization of military Sports in Africa who is also the Vice President of the International Military Sports Council, Brig General Maikano Abdulahi, a serving personnel in the Nigeria Armed Forces, urged Sierra Leone to renew its membership so that it would be qualified to participate and fly the Green, White and Blue, which has always been down during past events organized by the organization.

Briefing the Sierra Leone Defence Attaché and Team at the Military Defence Headquarters in Abuja, Brig General Abdulahi disclosed that Sierra Leone was among other West African countries like Nigeria, Liberia and The Gambia that pioneered the establishment of the Organization of Military Sports in Africa but had seized to participate for a very long time.

He said the cost attached for the reactivation of membership for a defunct Member State like Sierra Leone was three thousand Euros.

“The aim of the organization is to bring together standing armies from various countries, who are most times opposed to each other and take themselves as enemies in the battle field, but now use sport as a major tool to promote friendship and by extension peace and security,” Brig General Abdulahi said.

With the motto Friendship through sports, the Brig General added that the basic principle the organization was to promote friendship through sporting and physical training activities among the armed forces of Member States in order to foster the culture of peace needed for the economic development and the integration of Africa continent.

Cataloguing some of the benefits that could be derived by members of the organization, he said it would help instill confidence and cohesion among soldiers, enhance effectiveness in military service, identify, train and motivate talents, enhance attractiveness of military service, provide experience by international competition.

He also said that it would enhance inter-cultural and international competence, adding that sport also could be use as an effective diplomatic enabler and would enhance solidarity among nations.

In his response, the Defence Attaché attached to the Sierra Leone High Commission in Abuja, Nigeria, His Excellency Col Alhaji Mohamed Musa Gbassa thanked Brig General Maikano Abdulahi and team for the clarion call made in order for Sierra Leone to reactivate its membership at the Organization of Military Sports in Africa. He lauded the initiative and assured that the message would be cascaded to authorities concerned for prompt action.

Col. Gbassa used the occasion to thank the Federal Government of Nigeria for role played during the civil war in Sierra Leone that brought peace and tranquillity in the country.

The Organization of Military Sport in Africa is a continental organization made of Armed forces of Africa member countries and it’s the progeny of the International Military Sport Council (IMSC) or Conseil International Du Sport Militaire sport association, established in 1948 after the Second World War. At the end of the meeting, bilateral engagements ensued between the two parties.