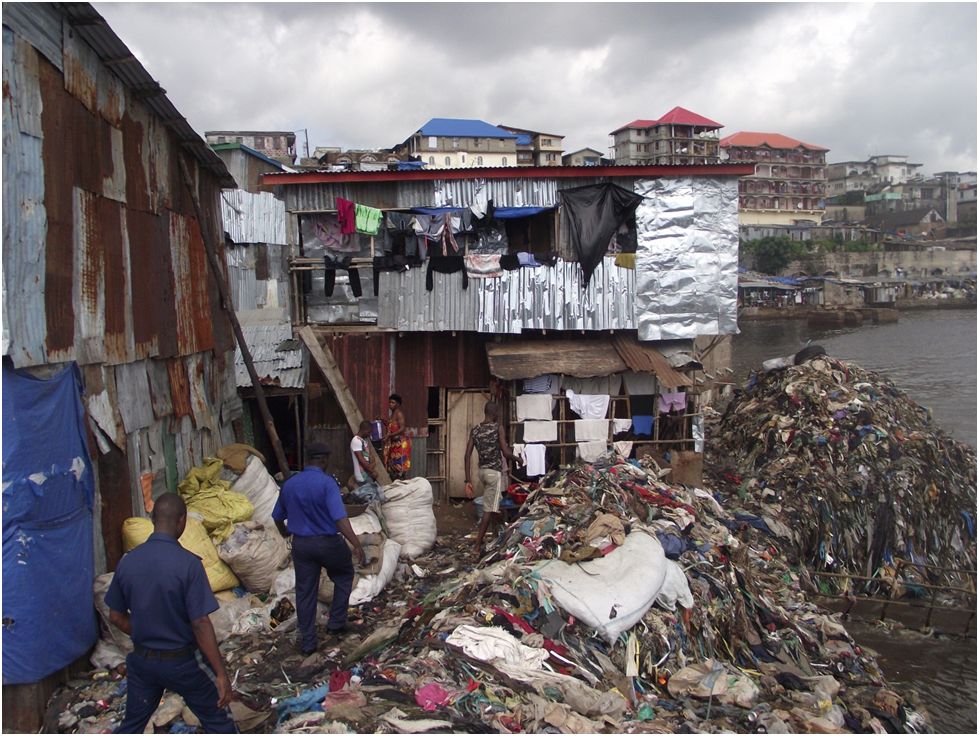 I was passing yesterday along one of the disaster prone slum communities in Freetown, Big Wharf when I spotted an eight year old girl searching for Mega Cola rubbers at the edge of the Getty to sell and get hand to mouth.

At around 7am, the young girl was seen in the deep waters chasing empty rubbers and all her clothes soaked. After gathering six dozen, she came out to the land from the deep water shivering.

When she was questioned, what lead her to such activity, the eight years old girl said to get his living adding, the one dozen is sold five hundred Leones which means the six dozens she had mined gave her the sum of three thousand Leone.  She discussed in a happy mood that she is going to spend a portion of the money she is gathering to buy some of her school materials when schools reopen.

The young girl who spoke on condition of anonymity said her mother, father, and all her relatives understand about what she is doing to get money but they are not stopping her because they can’t afford to provide for her.

The disheartening side of this episode is that, the innocent girl expressed worry that she may become a school dropout at an early age like others whose parents paid less attention to their educational activities.

The young girl said she would have forgotten about school but she quickly praised God that with the emergence of President Julius Maada Bio free quality education initiative, she was persuaded by her friends to go to school for brighter future. She thanked President Bio for his intervention and vowed if somebody sponsors her, she would continue going to school until she reaches tertiary level.