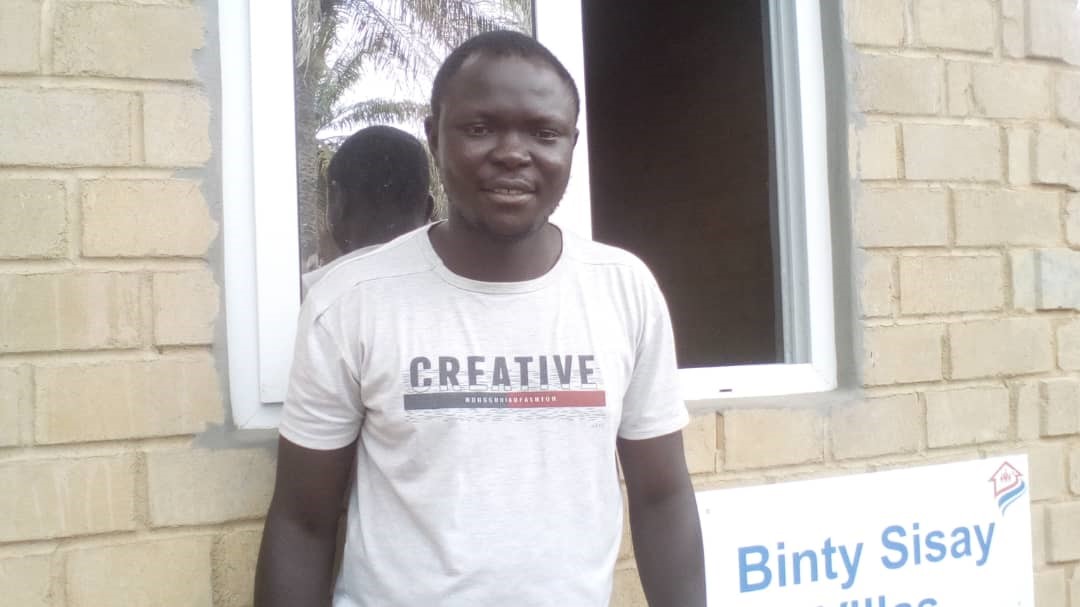 Briefing Journalists at the construction site during the weekend, the Country Manager, Home Leone, Jonathan Alie intimated that Home Leone is erecting advanced low cost houses with the aim to relocate thousands of slum dwellers who are willing and ready to reposition themselves to safer environment adding that one member of each family would be gainfully employed and receives encouraging salary at the end of every month so that each family that might benefit from the project can afford to pay the meager amount of one hundred and fifty thousand Leones (Le150,000) per month without delay.

Jonathan Alie maintained that they worked in collaboration with lined organizations to not only identify slum communities in the Western Area but they also look at the willingness of people in disaster prone areas to move through sensitization programs with stakeholders like chiefs and other community leaders to see reasons why they must relocate themselves to better places. He said because Home Leone has realized that life cannot exist without livelihood and basic facilities, they therefore constructed clinic, school, Church, water, light and toilet facility. He said the locally made inter-locking blocks which they are using to build the home are cheaper and can be easily acquired.

He said after a thorough research, the registered beneficiaries unanimously agreed that they needed two rooms, a parlor, kitchen and a toilet which was adopted by Leone Home so that each family would live and practice proper hygiene. Presently, Jonathan Alie said, fifty (50) houses have been constructed and fifty (50) families have already relocated and mentioned that after paying the one hundred and fifty thousand Leones (Le150, 000) as rent from their monthly salary for a period of nineteen to twenty years, the houses will be finally owned by the beneficiaries. He expressed happiness over the political will and Government support they are enjoying as an organization. He explained plan to extend the scheme to other parts of the country so that Sierra Leoneans will have better places to live.

A beneficiary from Culvert Community, Bandy Kargbo said he is happy for Home Leone to imparting skills and knowledge which has transformed various people as carpenters, masons among other vocational jobs. He encouraged others to join Home Leones and develop their skills.

Another beneficiary, Amara Yillah who is an electrician by profession said he is now enjoying sound sleep which he was not getting when he was living at Culvert community and recalled that they were not enjoying good toilet facility which they are appreciating presently. He lauded Leone Home for actualizing their dream unlike other organizations which never acted upon their utterances.

Moses Kamara, another beneficiary said it was not easy at the initial stage but currently he said, they have realized that the program is essential for the development of the country. He emphasized that they have no need to worry because they have been provided with permanent jobs and living in descent houses and reminded on the twenty seventeen flooding that costs lives and properties. He concluded by appealing to the Government of Sierra Leone to embrace the initiative so that Home Leone will continue exhibiting their desire to develop Sierra Leone.