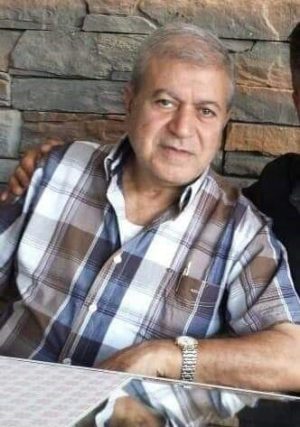 It was sorrowful day when a multitude of Lebanese nationals accompanied comrade late Fawzy Ayoub (in photo) who passed away Friday, 7th June, this year to his final place of rest.

The body of the late great man who was the father of one of the outstanding musicians in Sierra Leone, Nasser Ayoub and other members of the Ayoub family was laid at the Lebanese Muslim Cultural Society, twenty three River Side Drive, Off Brookfields, Hill Cut Road in Freetown for burial ceremony prior to his burial. The Late Mr. Ayoub who was described by family members and closest friends as ‘the cotton tree’ died left his ninety two years old mother in Lebanon. He was an established businessman with various business outlets which have not only created many jobs for young and the aged but have also played great role in transforming lives of many Sierra Leoneans and non-citizens in the country.

Most of his staff who was very fun of him were shedding tears with the words “We have missed you our great father but God loves you most” and they prayed for God to receive him with eternity in his holy kingdom, Paradise.

Late Mr. Ayoub was interment or buried at the Kingtom Cemetery in Freetown.