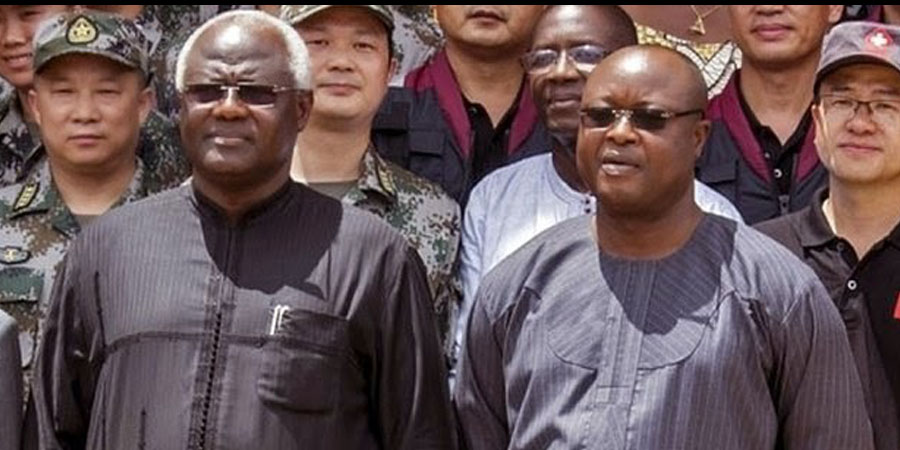 The Bintumani three (3) Conference on National Peace and Cohesion which the Sierra Leone Peoples Party (SLPP) led Government through His Excellency, Brig. Rtd. Julius Maada Bio initiated in order to bring all stakeholders onboard for frank talks that will foster peace and national cohesion in Sierra Leone has been hit by  double blows after the country’s main opposition  All Peoples Congress (APC) and the smaller opposition Coalition For Change (C4C) whose leader was invited to moderate the conference have announced their non-participation in the said Conference which is scheduled to start tomorrow, 23rd May, 2019 and ends on Saturday, 25th May, 2019.

While the C4C had responded through a letter stating that it leader will not be able to be part of the conference because of his schedules after an earlier letter by the Ministry of Political Affairs had been written inviting the former Vice Retired President Alhaji Samuel Samsumana to be the moderator of the Bintumani 3 Conference, the APC in a meeting held yesterday 21st May, 2019 resolved that it will not attend the proposed Bintumani 3.

Though the APC did not state any reason as yet for its non- participatory decision, sources within the hierarchy of the party say it is not unconnected to the many abuses, intimidation, brutality among others which the SLPP led government has subjected its members since coming to power in April last year.

The refusal of both the main opposition party and the C4C leader to participate no doubt, has dealt a heavy blow to the Bintumani 3 conference which purpose is to bring unity in a country which according to many is experiencing the worst divide in recent times.