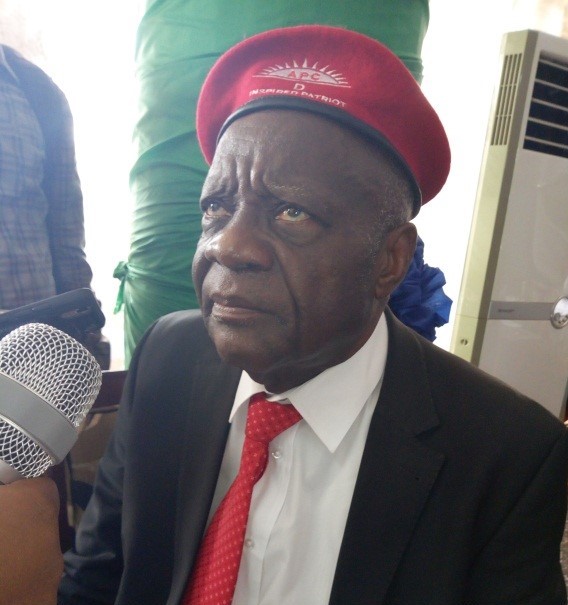 The Acting Leader of the main opposition and majority party in Parliament, Honorable Alhaji Ibrahim Ben Kargbo has cautioned the Leader of Government Business, Sidi M. Tunis that it is not the mandate of Mr. Tunis to pronounce a ban on travel for all the sixty seven (67) Members of Parliament belonging to the All People’s Congress (APC) but he said, it is the sole responsibility of the Speaker of the House of Parliament.  (Photo: Alhaji IB Kargbo)

Honorable IB Kargbo responded to Mr. Tunis after he had threatened that all the sixty seven APC MPs that walked out of the well of Parliament during the State Opening of the Second Session of the Fifth Parliament of the Second Republic of Sierra Leone by His Excellence Julius Maada Bio.

As it was being passed by the Hon. Sidie M. Tunis Leader of Government Business, that no APC MPs should no longer traveled and take part in any committee in Parliament. This came about the walkout that Majority Opposition APC MPs do during the State Opening of the Second Session of the Fifth Parliament of the Second Republic of Sierra Leone by His Excellence Julius Maada Bio.  The erudite legislator described Honorable Sidie M. Tunis as the most dangerous in Parliament adding that Mr. Tunis enjoyed travelling across the world under the reign of former President Ernest Bai Koroma than any other member of the then opposition Sierra Leone People’s Party (SLPP).

He said they would explain their position as a party to government and stressed that they supposed to have the Speaker of Parliament as majority party but the SLPP undemocratic system of governance never allowed the truth to prevail.

He emphasized that the ruling SLPP is always planning to cause mayhem against peaceful and innocent citizens.