Where Is Sierra Leone’s Valentine Strasser? 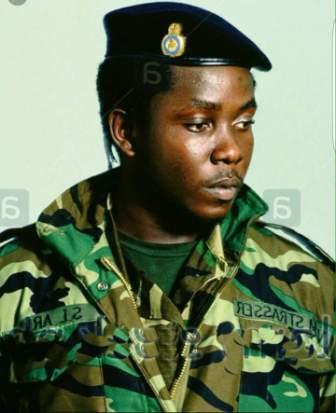 Where Is Sierra Leone’s Valentine Strasser?

Sierra Leonean citizens are now in doubt as to the whereabouts and the health status of Sierra Leone’s former head of State, Captain Valentine Strasser, who was flown to Ghana in early January this year for medical treatment.

It is well over three months now since the former head of state was flown for medication to Ghana and till now, no clear news of either his recovery or where about has been told.

It could be recalled that Captain Strasser, who was the former boss and counterpart of the current Sierra Leone President, Julius Maada Bio, during the 1992 NPRC rule, got very sick and was admitted in one of the country’s hospitals, ASPEN, for about a week before President Maada Bio gave an Executive Clearance for him to flown out of Sierra Leone for better medication because of the severity of his illness; a move that was welcomed by hundreds of Sierra Leonean citizens.

It could also be recalled that when Strasser was initially flown, Sierra Leoneans were frequently updated through State House on the status of their former head of State. It was even reported that Strasser was fast recovering after a successful surgery was done on him and in no time he was to return home after full recovery. BBC’s Sierra Leonean reporter, Umaru Fofanah, also reported that Strasser had almost recovered and he was expected to return home in about a week.

It is now well over two months since those reports were made, Strasser is still nowhere to be seen or heard of.

Sierra Leoneans are now left in the dark as to whether Strasser has recovered or still on treatment.