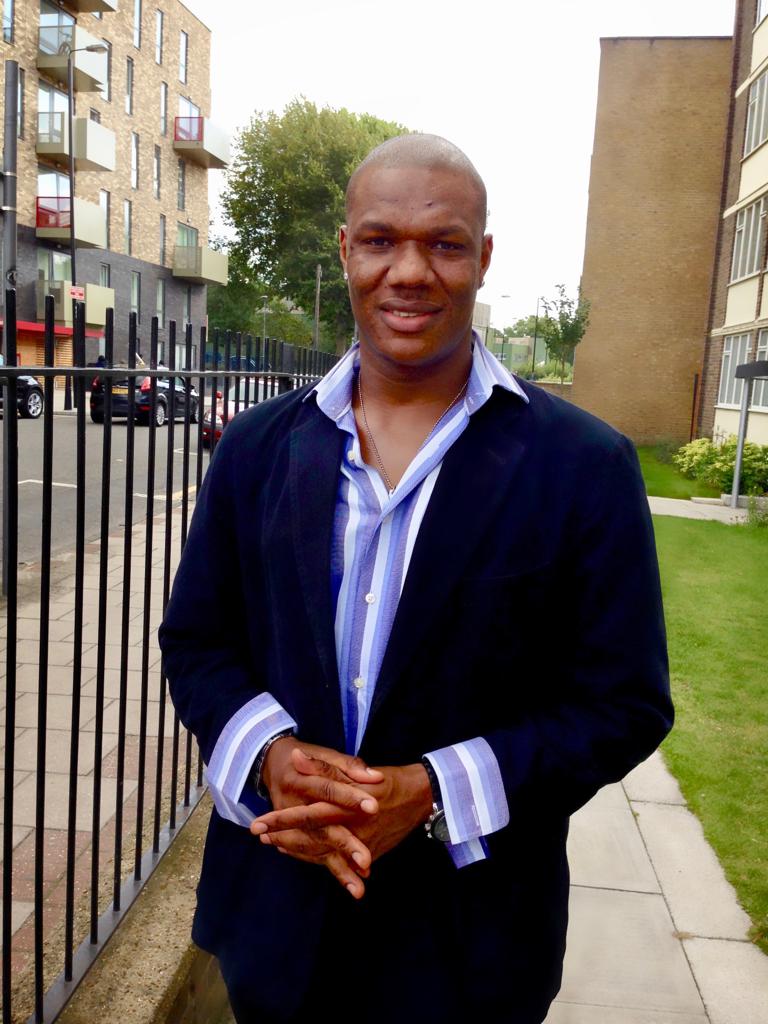 Engrained in the musical heritage of Sierra Leone, Wilmot Faulkner is a household name in the DJ scene. Having worked with internationally acclaimed musicians and entertained the crowds of multiple high-profile music venues, Faulkner is known for the exceptional experience he brings to the table.

Wilmot Faulkner, aka DJ WilSAF, is not your everyday DJ. However, before DJ WilSAF, there was a DJ Wil, the name most people in Sierra Leone could relate to during Faulker’s formative years in the business. He attributes his change to WIlSAF as his way of rebranding himself as there are too many DJ Wils around.

Whether you call him WilSAF or Wil, his first contact with music was as a choir member of the Wesley Methodist Church when he was nine. This spiritual introduction into the world of music may have sparked his dedication to design his art not only as a means of entertainment but also as a means of providing help and support to his community.

His career as a DJ and radio broadcaster began at the now Sierra Leone Broadcasting Corporation Service in 1996 (then, it was known as the Sierra Leone Broadcasting Service). His baritone voice made him immediately a darling of the listeners, and he went on to be titled “The Master Selector”. His mixing skills and unique talent in picking the right track for the mood of his audience established him as one of Sierra Leones most creative, known and noteworthy broadcasters of his generation. Hip-hop and R&B music were his go-to genres on radio. WilSAF‘s most memorable shows were; The Night Ride on Mondays, Tuesday lunchtime jam, and the P&W show on Saturday with Pat Sheriff. In addition to that, he hosted live talk shows, announced the hourly news and read public service announcements.

The Foday Sankoh-led Revolutionary United Front (RUF) rebellion was going on in the country when D.J WilSAF started his broadcasting career. Some of his talk shows, where people would call and share their feelings and problems, were not only meant for entertainment, but they helped to ease the wounds of war. In those hard times, the good news was in short supply, but he still tried to be a beacon of hope during announcements. He even hosted a Missing Person’s Helpline, which helped bring together individuals displaced during the conflict.

Working closely together with the Sierra Leone military and the Economic Community of West African States Monitoring Group forces better known for its acronym, ECOMOG, the disc jockey used his daily programs to inform his audience about news from the war front. After seven years at the SLBC, the Master Selector made a switch from the state-o wned broadcaster for SKYY Radio 106.6 FM where he continued to host his favourite show, the Night Ride. He also created the ‘Weekend Starter’ with many other regular radios shows.

Like many of his compatriots who tasted the bitterness of the conflict, DJ Wil knows very well that conflict was a soul-crushing experience. However, he did not despair. While broadcasting at SKYY 106.6 FM, the super-talented lyrics pleaser dedicated his entire self to the one thing, which replenishes the soul- music.

At the end of the war, Faulker switched his focus to promoting and supporting Sierra Leonean music and artists. Like the war, the country’s music was also going through a rebirth, and the ace broadcaster capitalised on this and dedicated his energy to helping with that rebirth.

Faulkner tirelessly interviewed and organised live talk shows with the musicians, many of whom would go on to become worldwide stars. Closely working with stars like Steady Bongo, K-Man, Daddy Saj, Emmerson, the late Ahmed Janka Nabay (RIP), Pupa Bajah, The Dry Eye Crew and many more, this placed him at the epicentre of Sierra Leone’s entertainment industry. DJ WilSAF also produced many successful jingles throughout his career. Also, his singular voice helped him land many jobs for voice-over work.

His success soon breached the borders of Sierra Leone, and he became an internationally sought out DJ. He staged countless gigs in highly acclaimed music venues over the Years. He played in Belgium, the Netherlands, France and the UK. In London where he currently lives, he performed at prestigious clubs like Home House London, Strawberry Moons, Rainforest Cafe, Penthouse No1 Leicester Sq., Proud2 and Play Room. However, the ambitions of DJ WilSAF are not contained in music alone. He regularly organises charity events for people in need. He never forgets his roots, and he is insistent on helping his people back in Africa. Moreover, to be still close to people with whom he grew up as an artist, like Kai Bockarie, Pat Sheriff and Super Morris, is a source of pride and motivation for him.

In 2006 he founded his company SELAKIFAU Limited trading as 5iveGem Inc. As the CEO, he overlooks and manages the company, which is focused on information technology, media and entertainment. Besides being regularly booked for private venues, he is also the owner of FusionSoundRadio.com. Keeping with the Dj-ing tradition, he continues to host a live radio show every Monday nights, called The Night Ride at 9:00 p.m. to 11:00 p.m.. He also has his ‘Weekend Starter’ show every Friday night from 9:00 p.m. to 12:00 a.m.