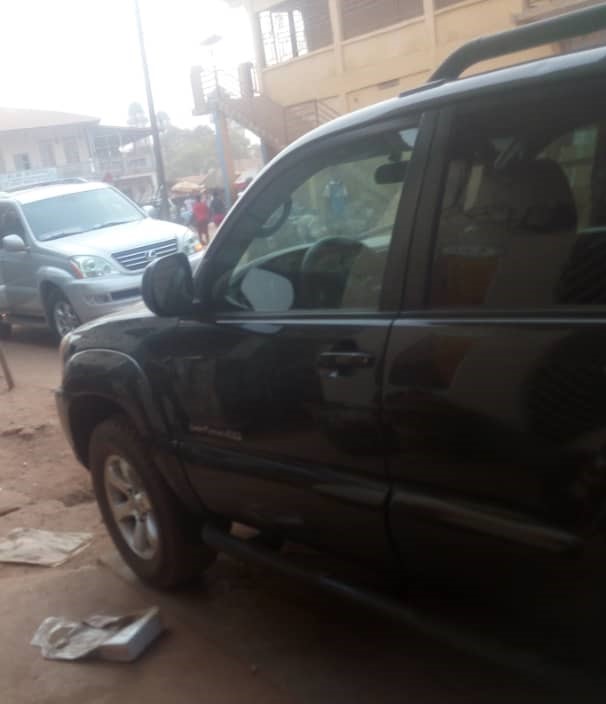 In Sierra Leone today, dispensation of equal justice is so hard to come by as many citizens cry every day for justice without getting it.

The recent report of the Institute of Governance Reform (IGR) also spelt out clearly that dispensation of justice in Sierra Leone leaves much to be desired. According to the IGR, the only way one can get justice is when he/she is politically connected or be able to bribe his or her way out; a situation it says may land the country into chaos if not addressed.

According to the Truth and Reconciliation Commission Report, the eleven years civil war in Sierra Leone was largely as a result of lack of equal justice for all.

Many years on, the same lack of justice for all which landed us in eleven years trouble still continues to dominate the precinct of Sierra Leonean society as many citizens and non-citizens living in the country still suffer injustices here and there.

A classic example of injustice is clearly demonstrated by some top men at the helm of affairs at the Criminal Investigations Department (CID) who are said to be doing everything possible to protect an alleged criminal in a theft matter between one Alie Abess (complainant) and Randa Skeiky (accused) after every evidence available implicated the accused.

According to reports, Randa Skeiky, a one-time shopkeeper, who used to struggle to make ends meet with her meager salary, is now said to be swimming in unexplained wealth after she allegedly stole half a million dollar (US$ 500,000) from her former boss.

Reports gathered by this medium intimidated that Randa Skeiky was a former employee of Alie Abess Transport where she had pretended to be a saint in the eyes of her former boss, Alie Abess, who unsuspectingly trusted her to the point of giving her access to the safe where his hard earned money is kept.

As the saying goes: ‘’the monkey never leaves its black hand’’, so also is the case with Randa Skeiky who after pretending to be a saint and cunningly winning the trust of her boss, had to unleash her true colour by allegedly stealing from her boss a whopping US$ 500,000

It should also be noted that Randa Skeiky is not only facing allegations of theft but also under investigation for multiple passport fraud among which is the British Passport. The passport fraud, report says, has now landed her in trouble with the British Embassy authorities which now leaves her on the brink of being stripped off her British Citizenship status.

The alleged theft incident, our investigations reveal, took place when Alie Abess was out of the country. According to report, Madam Randa, our investigation furthered, was sent by her boss to do some business transactions on his behalf when she stole the said sum from her boss’ safe.

Upon his return from overseas, report states, Alie Abess found out about his missing money and immediately questioned Randa Skeiky since she was the one that he sent to is safe. After being questioned about the missing money, Madam Randa, few days after that, secretly sneaked out of the country allegedly with the help of some top guns at the Criminal Investigations Department (CID).

To lend credence to the allegation of stealing, madam Randa, who never had a bicycle to her name, and who has no political connection, is now living a flamboyant life with many cars and other valuable properties to her name. She is now seen buying properties here there lavishly which in itself a justification that she stole the said money.

What is even more outrageous is the fact despite the clear evidence of unexplained wealth; police at the Criminal Investigations Department have refused to dispense justice in the matter which is now over seven months still under investigation.

Randa Skeiky, who many believe should be behind bars for not only stealing her boss’ money but also for her fraudulent passport deals which saw her carrying three different passports with three different names including Mariam Rada, Randa Iftoni and Randa Skeiky,   is still walking around freely in the streets of Freetown bluffing that nothing will come out of the two ongoing investigations against her.

What baffles many is why police have deliberately refused to charge the two matters to court even after every evidence points to the fact that she stole the money?

Many also believe that the refusal of the police to act on the alarming evidences against Randa Skeiky is not only unconnected to her alleged bribery spree of top police men at the CID but also her alleged sexual donation to some men at the helm of affairs who are now in turn doing everything to protect her from facing justice for her crimes.

However, this medium will stop at nothing until the justice is been done and Randa pays for crimes.

More on this story in subsequent editions.