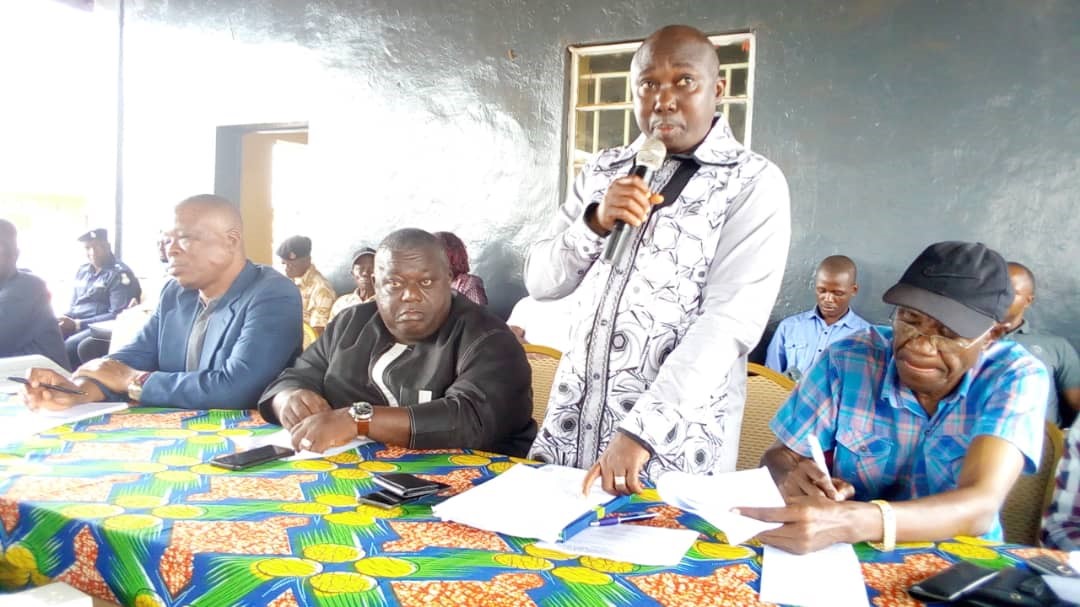 The Secretary to the Vice President Barba Fortune has informed residents and stakeholders of Sahn-Malen Chiefdom that the formation of a Transition Committee is part of Government of Sierra Leone position to solve the long protracted land issue in the chiefdom.

Fortune, expressed hope for the commitment of the people towards peace is achieved as was promised in the 10th November 2018 mediation meeting in Sahn Malen Chiefdom were various stakeholders called for peace and tranquility.

The Technical Team according to the Secretary of Vice President was basically instituted to bring peace to Malen Chiefdom in fulfillment of the promise made by the President and Vice President of the Republic of Sierra Leone.

Hon. Shiaka Sama in his usual statements gave a litany of points as he was subdued and not aggressive by detailing his points.

In his address, the Chairman of the Technical Committee, Mr. Abdulai M. Bangura, who is the Deputy Attorney General and Minister of Justice said the Team will look at all the FACTS after which they will apply the necessary expertise to the FACTS before submitting the report to the Vice President.

He went further to give the steps the Technical Team will take to achieve their goal.

The Ministry of Agriculture Forestry and Food Security will also advise the Team whether the lease complies with Agricultural policy or otherwise.

The Chairman said that they would meet each party to the conflict independently at a date they will announce later, thereafter, they will evaluate what they get from each party before compiling their report for the attention of the Vice President. Paramount Chief Brima Kebbie welcomed the Delegation to his chiefdom and expressed happiness for the purpose of the visit. He called on the committee to look into the matter and come out with fact for peace in the chiefdom. He assured the delegation of his fullest cooperation with the team.

Honourable Shaka Sama of Constituency 104, Malen Chiefdom, Pujehun District pledged support for lasting peace on behalf of his people, he appealed to the delegation for the release of detainees and to redraw all court cases relating to the land saga in the chiefdom.

The Community Liaison Manager Joseph Belmoh of Socfin Agricultural Company told the gathering that the company needs peace as business people, adding that they are in the chiefdom for business and not to fight.