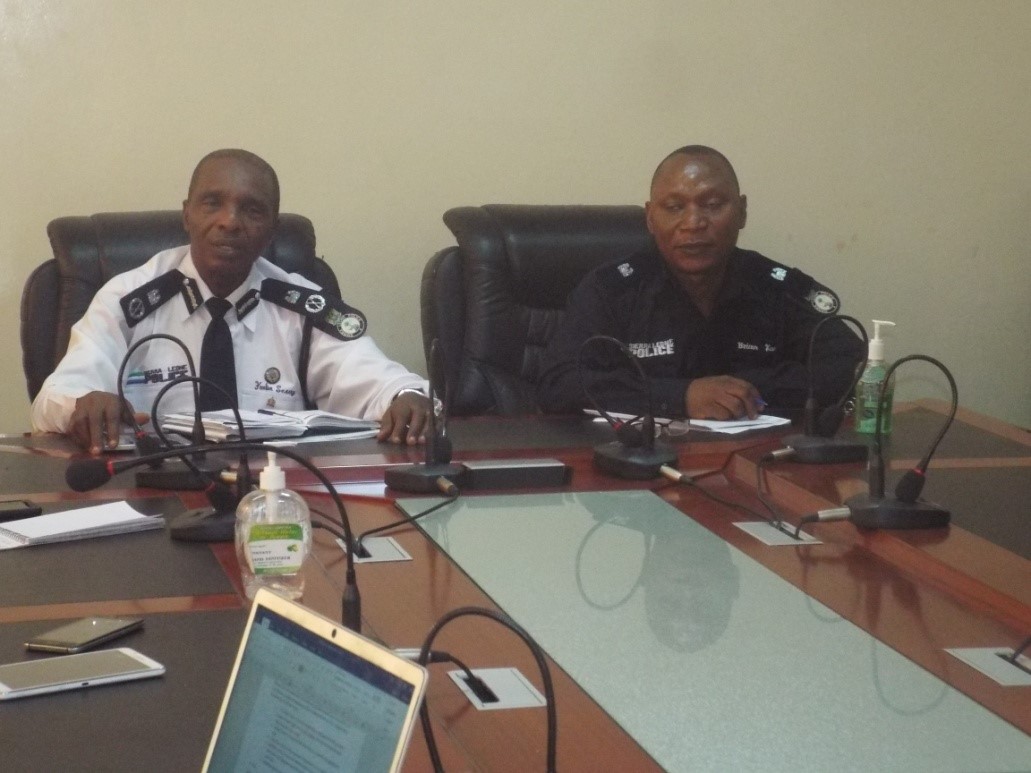 As on the 14th March 2019, the Sierra Leone Police (SLP) has in their usually press briefing on George Street in Freetown, assures the general public on National Security Preparedness.

According to the Chairman of the briefing, AIG Edward Kalia Sesay who is the Director of Community Affairs, told press men that the country is relatively calm, peaceful and that there is no cause to complain.

The Director of Community Affairs said the briefing is to read a Press Release that is making rounds on social media dated 10th March ,2019,with titled: Declaration of National Civil Disobedience in the Republic of Sierra Leone , which supposed to have commenced effective on 11th March ,2019.

AIG Sesay updated journalists that the alleged press release is purported to have been authored by the All People’s Congress Party and that it was signed by its Secretary General-Ambassador Dr.Osman Foday Yansanneh.

Updating Journalists at the briefing on current security happenings, the Head of Media for the Sierra Leone Police, Superintendent Brima Kamara told press men that the country is safe and calm and that he is amongst the security personnel deployed at the Bar Election in Tonko Limba at ward 196, conducted by the National Electoral Commission (NEC) on the 9th March 2019.

He said the deployment of security personnel was professionally carryout and that each polling station they deployed two general duty officers.

Superintendent Brima Kamara noted that there was no interruption throughout the voting process and that the atmosphere is relatively calm before, during and after the entire election exercise.

Delivering the Press Release, Media One told journalists that the press release, amongst other things, stated that all market women and business communities should close with immediate effect to guarantee their own safety and parents or guardians should not allow their children to go to school on that particular day for their safety.

He said, with regards to that, the SLP Wishes it to be known that when the Secretary General of the opposition party, APC was contacted on the matter, he vehemently denied to have authored the press release for and on behalf of the APC.

Superintendent Kamara continued that, the Secretary General also pointing out that his name was in fact spelt wrongly in the press release, nothing that since the SLP has primacy 4for the maintenance of internal security, protect lives and property.

He added that, in view of this release, the Cyber Unit of the Criminal Investigations Department has been tasked to ascertain and to investigate the true author of the press release.

Mr. Kamara concluded by assuring the general public that the country is peaceful, safe and on behalf of SLP urged the general public to go on their daily activities because according to him there is no cause to complain with the security preparedness SLP has put in place.

At The Commissions of Inquiry SLPP...

Round Table Discussion on Sustaina...