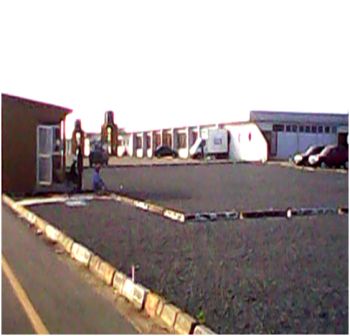 In a bid to mitigate the challenges facing the National Revenue Authority (NRA), with regard revenue collection at the Gbalamuya Customs Checkpoint in Kambia District, northern Sierra Leone, during the past years, modalities are now being put in place to ensure that revenue collection remains at an all-time high under the new leadership of Joseph Rogers.

An illustrious legal luminary, a dynamic and result-oriented Supervisor of the National Revenue Authority at the Gbalamuya Customs Checkpoint, Joseph Rogers has given the Checkpoint a face lift by putting in measures to combat crimes like smuggling and bribing of Customs Officers among other crimes Joseph Rogers is battling under his supervision.

Speaking to an official at NRA head office in Freetown (who pleaded anonymity), he disclosed that Joseph Rogers has embarked on massive restructuring in rebranding the Customs sector.

He added; that Joseph Rogers is working towards the actualization of developmental aspirations of the Bio-led SLPP administration, adding that the Sierra Leone People’s Party (SLPP) is the only party that caters for all works of life and is the only party which has brought peace, love, harmony and tranquillity to Sierra Leone.

He maintained that President Bio has fought assiduously to bring hope to a people and to a country which had suffered in the hands of bad leaders for long. He added that he is not surprised that President Bio appointed Joseph Rogers to lead the team of Customs officials at the Gbalamuya Customs Checkpoint because Mr. Rogers is of like mind like President Bio.

Speaking to this medium shortly after his appointment, Mr. Rogers commended President Bio for the confidence reposed in him. He said he would do all in his power to emulate President Bio’s good leadership traits as well as do his best to maximize revenue collection in his area of responsibility in Kambia District. He used the opportunity to call on members of his team at Gbalamuya to follow the rules and regulations guiding their work and to refrain from doing anything which would be counter-productive.