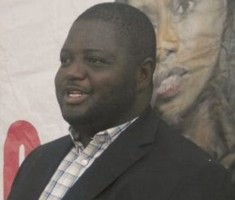 The Western Area Rural District Council, headed by Mr. Kasho J. Holland Cole (in photo), has in a press release dated 22nd January, 2019, offered free lectures to the Minister of Local Government and Rural Development over his blatant ignorance displayed in his unilateral and illegal appointment of a Headman for Waterloo without due consultation with the council as stipulated by the Local Government Act of 2004.

According to council in its press release, section 20 of the Local Government Act of 2004 places the council as the highest political authority in the locality and shall have legislative and executive powers to be exercised in accordance with the Act adding that even section 7 of the Constitutional Instrument of 2008 that brought into being the existence of a Head of  village or town stipulates that every village or Town set out in Waterloo, Koya (Western Area), Mountain York Rural Districts and Goderich Area, as delimited in their respective Rural Area Acts (CAP75) “shall have a head who shall be elected by universal suffrage by residents of the village or Town, who are electors.

The release further stressed that the very Constitutional Instrument 2008, Section 11(2) also says, the village heads are responsible to the Western Area Rural District Council. This therefore mandated all Government Ministries and Departments to consult local council concerned when preparing and undertakes any project that shall affect a locality as stipulated by Section 23 of the Local Government Act, 2004

With the blatant disregard of these provisions by the Local Government Minister, Lawyer Anthony Brewah, who by all standards, ought to know better, the WARDC has therefore informed, that following an extraordinary meeting of Council on Monday, 21st January, 2018, it has resolved to not recognize the said appointment as it contravenes the dictates of the Local Government Act and the Constitutional Instrument 2008.

While also further that the Council is currently in consultation with the Waterloo Governing Council on the appointment of an Acting Headman, until a substantive is elected by universal suffrage by residents of the village who are electors.