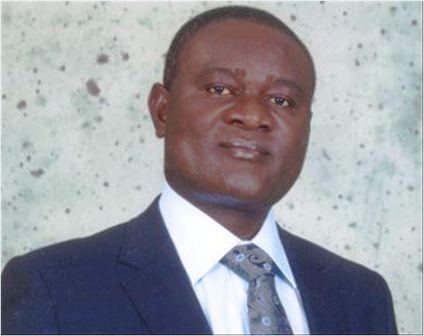 Report monitored over the months state that a Benin national businessman, Jean Codo (in photo), is making desperate efforts through some members of the ruling Sierra Leone People’s Party (SLPP) and state authorities to have them terminate the contract awarded to a Sierra Leonean operated Global Tracking & Maritime Solution (GTMS).

According to information gathered by Sierra Express Media, Jean Codo, before now, made similar efforts during the past administration of former President Ernest Bai Koroma to be awarded the contract. Jean Codo, our report went on, allegedly claimed to be the rightful owner of Transport and Port Management Solution (TPMS). Together with his Nigerian born bag carrier, Nouruou Deen, is again in the country to secure the cargo tracking contract. They want to achieve this dubious deal through fraudulent means, our report can confirm.

Further information state that Jean Codo had a bloody nose when he was thrown out of TPMS. This was because the Benin national failed to bring in $ 300,000 meant for the initial capital to kick start the exercise

It is also reported that, Jean Codo is claiming his company Associated Transport and Port Management Solution (ATPMS)  is actively in operation in Guinea, United States of America, Nigeria and Madagascar among others while also claiming that he has an office in Belgium all of which, our report says, are mere lies.

This man is also said to have been allegedly dealt with the Federal Government of Nigeria for chopping millions of Naira. He pretend to have secured legal documents to operate in Nigeria

Another important thing the investigation discovered was that Jean Codo failed to provide data for his ATPMS operation.

Against this backdrop, the government should be mindful and aware of the diabolical plan of Jean Codo, failing to do so will create another big embarrassment for the country and a bitter pill for GTMS which has employed over many Sierra Leoneans. This will affect the revenue base and that all monies accumulated by Jean Codo will be remitted into his account back home. So you see how Sierra Leone will lose millions of dollars in an event the contract is awarded to Jean Codo.

The good news is that GTMS, Sierra Leone, has won contracts in Guinea and Liberia respectively. GTMS is among the highest tapayers and is in full tax compliance and other related issues. It is also noted for its care of the welfare of the workers