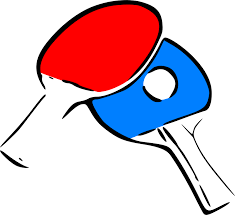 In their passion and quest to promote sports in Sierra Leone, Chinese Embassy and the SLTTA have on Saturday 17th November, 2018 launched the Bintumani Cup in a well attended competition, which occurred at the prestigious Bintumani Hotel. The Chairman of that meaningful occasion, Mr. Victor Hasting Spaine immediately called on the Deputy Head of Mission of Chinese Embassy, Counselor WANG Xinmin to make a statement. In his submission, he stated that Table Tennis is a general sport of people of all ages, devoid of being physical but psychological too. According to him, the game has brought China and USA closer as a means of getting their first contact when they hosted them on a match. WANG in his closing statement asserted confidently that over Four (4) decades, the Chinese have been embarking in developing Sierra Leone by constructing the Siaka Stevens Stadium and that of Bo Stadium. Bintumani in Chinese literally means money but he defended that it is not true when it comes to Sierra Leone because friendship is the watchword between the two countries. In his closing comment Xinmin thanked and appreciated the SLTTA’s efforts, the management of Bintumani and wishing the players good results.

The Secretary General, Sierra Leone Table Tennis Association (SLTTA), Mr. Emmanuel Lebbie registered his exciting mood for the game, adding that last year’s competition was held at the Atlantic Hall but that of this year has taken place at the Bintumani Hotel and that he is wondering what next year will bring. Lebbie affirmed that the achievements made so far is due to the Chinese Embassy, Chinese Chambers of Commerce and the Ministry of Sports. “Chinese Embassy with the SLTTA has been making relentless efforts to make table tennis a success. I am sending a message to other embassies to emulate the Chinese. Embassies could help promote sports and the Fourth Estate is well appreciated by the extensive media coverage”. Exclaimed Secretary General.

At the climax of that wonderful competition, the President Sierra Leone National Olympic Committee, Dr. Patrick Coker, thanked and appreciated the Chinese Embassy Sierra Leone for consistently helping in different areas. He however congratulated the participants and wished them well. Thereafter, it was announced by the Chairman that the Ministry of Sports, Honourable Ibrahim Nyelenkeh was unavoidably absent.

That well organized competition gained momentum with classic encounters between Bedford Sawyer and Joseph Koroma. However, Sawyer defeated Koroma as follows; 11 8; 8 11; 11   8 and 14 12 respectively, in a final 3 1 in favour of Sawyer. Sarah Johnson defeated Zuo Shuqing in a 3 All with the breakdown- 11 9; 11 8; 11 8 respectively. Conclusively, Zainab Sesay thrashed Madiana Sesay in a 3 All encounter with 11 7; 11 4 and 11 8 respectively. It was reported that final matches will play tomorrow with certification Ceremony.