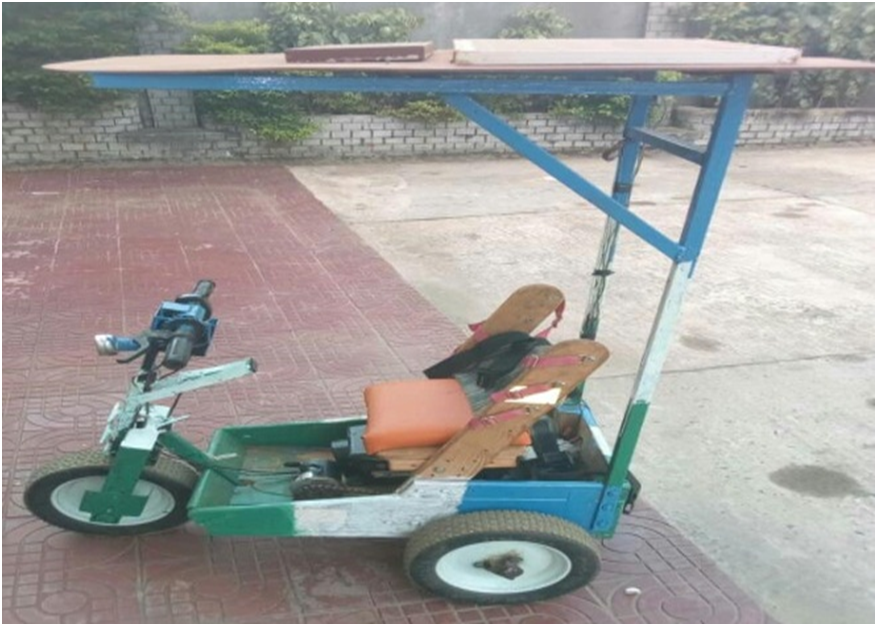 Two Sierra Leoneans have invented a 600 watts in-built generator that supplies nonstop electricity; powers all appliances-with the exemption of refrigerators.

The ‘Sierra Power Plant Generator’ does not produce smoke and noise. Its main power source is a button and not a crank, because it does not use fuel. With an internal cooling system-when powered on, it constantly and efficiently supplies Alternating Current (A/C) as can be desired-days, weeks and months.

The in-built generator is made up of a mixture of waste electrical components including two (2) rectified diodes, two (2) transformers, two (2) transmitters, two (2) circuit boards, two (2) earths and two (2)  switches. “It has a life span of six years-if the precaution is adhered to by the user”, one of the inventors asserts. The inventors – Emmanuel Alie Mansaray, 21, and Andrew Sahr Norma, 20, are former pupils of Methodist Boys High School, Kissy, East of the capital Freetown. Emmanuel and Andrew say they did not inherit inventory from their parents, rather they were fortunate to learn Physics and Technology as subjects at school, from where they were selected in early 2017 to represent the Methodist Boys High School in the ‘Science Fair Innovation Competition’ held at Fourah Bay College-University of Sierra Leone; funded and organised by the Engineering Department of Cambridge University-UK, and Women in Mathematics, Cambridge and Science Resources Africa.

Emmanuel says the idea of inventing the generator came as a result of his visit to Kambia District, North-western Sierra Leone, early this year, where he noticed the total lack of electricity, “and my co-inventor has also been sharing similar experience of his home district-Kono”. In Emmanuel’s view, the generator will be of “economic benefit and blessing to inhabitants in rural and remote communities where poverty is largely felt”.

Andrew suggests that in future, their knowledge in technology will help them and Sierra Leone as a nation, if they are blessed with international scholarships to pursue their education in science and technology in any advanced university around the world. Prior to the invention of the 600 watts in-built generator, Emmanuel and Andrew had invented a single-seater solar tricycle and a mini radio station. The solar tricycle covers about 50 kilometers per hour-which they say can be of immense importance and benefit to especially persons with disabilities, considering their challenges on movement and the acute shortage of transportation on the populace of Sierra Leone.

The local inventors’ radio station of about 700 meter-range, with a tiny transmitter, which they named: “Kuntorlor Community Radio” has always been interruptive to the bigger radio stations in the community including Citizen and Tumac FM in Kissy, Freetown. “We decided to shut it as a result of the persistent complaints over interruption in the airwaves, since ours is unlicensed and unauthorised”, Emmanuel tells the press. If admitted into the University of Sierra Leone for this academic year, Emmanuel will study Geology, and Andrew will study Engineering Option. Over the years, they have been getting minor financial and moral support from Kite-SL, an NGO that deals with the issues of persons with disabilities, whose office is situated back of 2020 Night Club, Kissy, Freetown, where Emmanuel and Andrew do their inventory works. The two can be reached on +232 77 32-08-79/77 91-57-96 for more on their invention and support for mass production of the generator.

With Another Journalist Assaulted,...