With Another Journalist Assaulted, Harassed And Handcuffed … 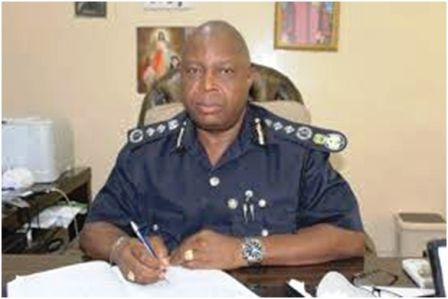 With Another Journalist Assaulted, Harassed And Handcuffed …

It is normal practice for the police to either standby or participates in the assault of journalists while performing their respective duties as journalists.

Corroborating the recently released Amnesty International report that bashed the SLP’s unprofessionalism, yesterday, 6th November, 2018 again, the Editor of the Unique Newspaper was also assaulted, handcuffed and humiliated by the police just for trying to clarify an issue with the Local Unit Commander of the Lumley Police Station.

There was a fracas between the owner of the Leonco Filling Station at Lumley and the Membership of a Mosque over an access road that was to be provided by Leonco.

The Editor of the Unique Newspaper was at the scene and updated members of the public on the happenings at the scene.

This morning, the Editor contacted the LUC of Lumley police station LUC Kamara to clarify some of the issues and what actually caused the violence so that the general public would be better informed.

The LUC was rather reluctant to speak to the journalist insisting that he had spoken to other journalists and he was too tired to talk anymore. He instructed him to speak to the Manager of the Leonco Filling Station who would brief him of what happened.

Unfortunately, the Leonco Manager was not around as he was making a statement at the Police Station. In trying to understand what exactly caused the violence, the editor went around interviewing eyewitnesses for his story where he got to know that the Police handling of the situation may have actually resulted in the ensuing violence.

After interviewing one of the Sheik’s at the Mosque via telephone call, the editor went on, ‘’ I was told that the Leonco Manager had arrived from the station and I went there again to get his own side of the story. Upon arriving, one of the Leonco workers accused me of being with the Muslim Jamaat claiming that he saw me go to the mosque and took pictures. I showed him my ID card.

As I was explaining to LUC Kamara who had asked why I came back after he refused to talk to me, one of the Police Officers ordered me to leave the premises within five minutes or face arrest. I tried to explain to him, but he couldn’t listen as he had already started shoving me out of the premises.

His fellow officers started raining insults on me calling me a quack journalist with no papers.

I was escorted out of the premises while being pushed and I left. I was about to board a bike out of there when the same Officer came back and started pushing me into the premises again as if I was some criminal.

The Officer said that I had recorded their insult towards and other things they said about the issue and I should handover my phone. I was reluctant, but I opened my phone and showed him that I was not recording, but that even if I did, it was within my rights as a journalist.

He said I was arguing and pushed me into the centre of about 20 armed police officers. He handcuffed me and told me to sit on the ground, but I refused to sit and the LUC pleaded with him to remove the handcuff. He refused the order, but another officer spoke to him and he did. My bag was snatched from me amidst insults from all the police officers standing around and calling me names.

One Assistant Superintendent of Police threw my bag on the ground also insulting me and asked me to remove all my belongings, I did and the LUC spoke to him to let me go. This all happened as one other officer was also recording the incident saying that it was evidence.

My phone was snatched from me again and I was forced to use my finger prints to open the phone and some of my recordings on the issue were deleted. I stood there and watched as the police officers went through my phone and then the LUC ordered them to give it back to me.

They took my complimentary card from my wallet and took my details and address before I was pushed out of the premises again’’, he concluded.

It is part of the job as a journalist to face such humiliations sometimes, but such should not be coming from the Police themselves who are taxed with the job of protecting lives and property. Citizens no longer feel safe around the police anymore as the Police would readily kill the poor to protect the rich. Story of Salone!

Meanwhile the issue has escalated again at Lumley as the Muslims were refused entry into the Mosque to offer prayers. They resorted to praying on the street in numbers and the police have barricaded the Lumley – Juba Route.