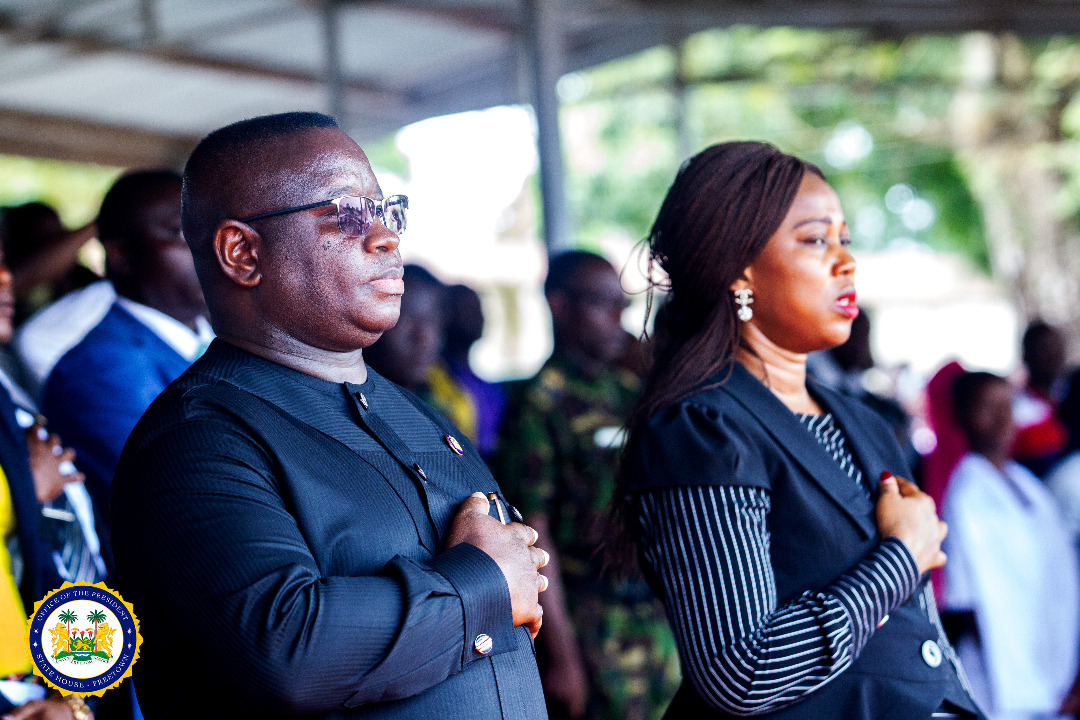 State House, Freetown, Tuesday 9 October 2018 – His Excellency President Julius Maada Bio has joined families and others to mourn the death of eight military officers and their children killed in a gruesome road accident in Freetown on Monday.

The inter-faith funeral service, which took place at the Hockey Pitch on Wilberforce Barracks west of the capital, was also attended by First Lady Mrs Fatima Bio, Chief Minister Professor David John Francis, Deputy Minister of Defense Rtd. Colonel Simeon Sheriff, other members of government as well as friends and families of the deceased.

In his tribute, President Bio said it was with heavy heart that he had joined his compatriots to mourn the deceased. He said his presence was to console everyone, particularly the bereaved families, noting that it was a difficult moment for all of them. He, however, called on the affected families to mourn with faith.

“On behalf of myself and the government of Sierra Leone, I express my profound sympathy to the families and friends of the lost ones. All of us are helpless to death, as it is inevitable. Now is the time to tap into our faith and mourn like people with faith,” he said.

Chief of Defence Staff of the Republic of Sierra Leone Armed Forces (RSLAF), Lieutenant General Brima Sesay, said they were dismayed by the death of the serving military personnel whom he described as professional and diligent in their duties. He added that it was a traumatic event for the RSLAF and noted that the deceased would sorely be missed. “We are here today to give our last respect to our colleagues who have passed away. We are saddened by the death of active personnel but, as we all know, death is unavoidable. At this level, let me thank His Excellency President Bio and his government for their continued and unflinching support to the RSLAF, even as we mourn our own. Once again, our hearts and thoughts are with the bereaved families,” he ended.

The deceased military personnel are: