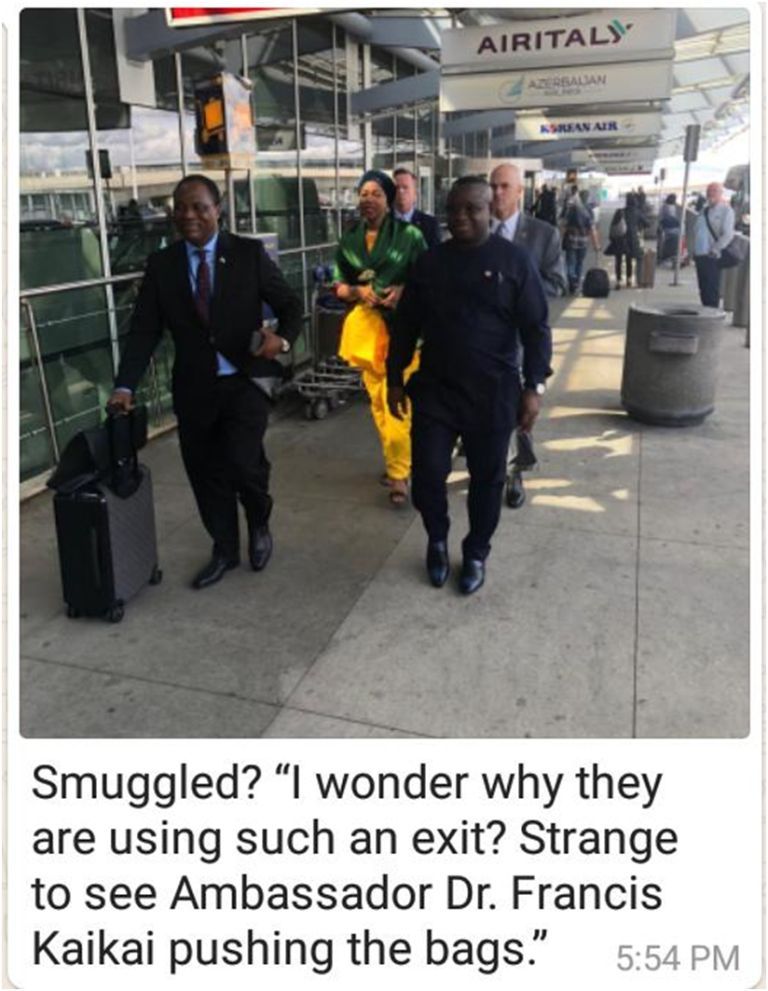 Ahead of the well organized UN Summit to be attended by different Heads of State within the sub region and beyond, there is a wide spread allegation making the rounds at present, according to information gathered by this press that President Bio was denied access to the VIP section at the Airport in New York. Reliable sources intimated this newspaper that he was told by the Airport authorities to use the public entrance and exit door, thereby denied Presidential protocols at the US airport.

The deprived masses are saying that it is sad to know that the president of Sierra Leone and his entourage were faced with serious embarrassment and unavoidable restrictions, at the JFK International Airport when they were denied using the VIP lounge and also of other protocols accorded to other visiting Heads of State to the US. The reason forwarded by the authorities concerned was that president was given approval only to attend the UN Summit and that he is not a guest of honour to the United States government during his tenure of visit.

The suffering population of this country is now saying that what made the situation mockery is the fact that president Bio was neither allowed to make handshake nor standing to say a word to any person waiting to welcome him. In a nut shell, they are kindly demanding an explanation from the government as to the factors responsible for such unfair treatments to their leader, though he controversially won the 2018 Presidential run-off election. As democratic and patriotic Sierra Leoneans, even the commonest amongst them is saying they need explicit answer(s), owing to the simple reason that such abnormality has a negative national effect.

We will revitalize oil and gas exp...