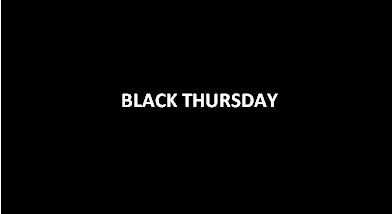 Thursday, the 27th September, 2018, has been declared Black Thursday by thousands of Sierra Leoneans living in the diaspora as they set to demonstrate against the oppression and terror perpetrated by the Sierra Leone People’s Party (SLPP) government of the former junta leader, Julius Maada Bio. The demonstration, which is set to hold today in New York at the United Nation’s General Assembly summit, where world leaders are gathered, is geared towards sending a clear message to the world about the oppression and terror the less than six months old SLPP government is subjecting its citizens to.

According to the organizers of the demonstration, who referred to themselves as ‘’Concerned Sierra Leoneans’’, their action came is as a result of the insistent bastardization of the country’s constitution, the rampant abuse of human rights, the unabated violence targeted on opposition members especially women and children, the killing of innocent citizens almost on a daily basis, the rampant arbitrary dismissals of thousands of citizens from their work places as a result of their regional, political and tribal affiliations and a host of many other atrocities perpetrated by Bio led government. They furthered that they cannot sit by as Sierra Leoneans and watch the former junta leader destroy the peace and democracy this country has enjoyed for the two decades now.

‘’Thousands of Sierra Leoneans from all over the world will be here today to join us save our country from the clutches of Bio’s tyranny’’ they stated adding that, everything is in place for the said event. ‘’We called this day a Black Thursday because we are going to dress in black in order to mourn the death of our country’s democracy and we expect every well-meaning Sierra Leonean to do same where ever they are’’ they concluded.

Exposing The Land Cartel In Sierra...