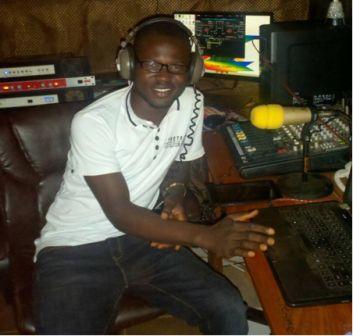 Abubakarr Fofanah, a renowned Sierra Leonean journalist working for Radio Tempo FM 94.7, was  on the evening of Monday, 2nd May, 2016 attacked and drastically beaten along Circular Road, close to the Macaulay Street Cemetery in Freetown by unknown thugs whilst on his way home after his usual radio program.

The attack, which came few days after he had exposed through his radio programs, massive corruption relating to the management of the Ebola Funds by state actors, was carried out by a group of five unknown men   believed to be supporters of the ruling All Peoples Congress(APC) Party; an attack that has left Journalist Abubakarr badly injured according to a Police Medical Report issued by the Central Police Division.

Well known for his  presentation on political issues, Sports and entertainment, Mr. Fofanah has since the Ebola outbreak in the country, became a hard target for members of the ruling government as a result of his continuous exposure of corruption in the management of the Ebola Funds.

According to Abubakarr, who is currently hiding in an unknown location for fear of his life, during a telephone interview with this medium, he has being receiving death threats from unknown callers before his brutal attack. He furthered that he overheard his attackers on the evening of his attack saying that they will kill him if he does not desist from talking about the missing Ebola Funds in particular and the Ministry of Health and Sanitation in general.

In another incident, his home was also attacked by unknown thugs and his father was brutally beaten while he is in hiding.

The spate of attacks on journalists in Sierra Leone is now becoming an eyesore to many well-meaning Sierra Leoneans under this regime as Journalists who tend to expose any kind of corruption in the country are frequently targeted by members of the ruling government.

One of the country’s Human Rights groups, Right Way International, has however taken up Abubakarr’s matter and has promised to treat it with all the seriousness it deserves according to the organization’s spokesman.

This medium is therefore calling on all authorities concerned to come to the rescue of journalist Abubakarr Fofanah as his life is under threat.