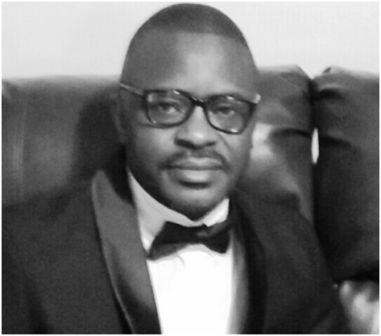 The country is in a transitional phase and it goes without saying that the people are eager to see dramatic changes in all spheres of life. It can be in the socio-economical circles, educational field, political spectrum and even the psychological growth of the average Sierra Leoneans.  Imagine having a president that pretends to listen to the people but does not actually do the desires of the people, or a leader who listens attentively to the woes and cries of the ordinary citizens and creates the avenue to solve the problem. In the above scenario, the latter may be considered the best for the transformation of the country.  (Photo: author)

Sierra Leone is beset with two major problems since the election that ushered in the Sierra Leone People’s Party. For some politicians, it is considered a taboo to talk about it, for others, they have used it as a mechanism to meander around the conscience of the ordinary people. Some politicians have used it consciously and have succeeded, to a large extent. CORRUPTION and TRIBALISM are the two major cankerworms eating speedily into the core of the country’s geo-politic. Imagine a country where political and ethnic division is the norm;  country where tribalism thrives as intensely as corruption.  Here, tribalism is the act of judging and condemning someone solely because they are from a certain tribe or social group. Is it not ridiculous?

President Maada Bio has just completed his first one hundred days in office (to me, one hundred days is insignificant especially when it is in a third world country) and the people are yearning for rapid change. To his credit, he has instituted some mechanisms to checkmate graft, incompetency and deadwoods in some institutions. If implemented, this will lead to the revamp of the economy and structural changes for the country. It is a dream all Sierra Leoneans pray for and wish for as that is the only way the country will prosper. However, tribalism and corruption seem to be on the lips of most Sierra Leoneans. It is a cancer that can destroy a country and our president must listen and act decisively to nip it in the bud. The anti corruption commission has started hitting the brakes and it is the desired belief that corruption should be treated as a national curse regardless of tribe, ethnicity and favoritism. The justice system must not be selective and a crime committed by an individual should be punished by all who commit the same crime.

Tribalism kills a country and most African countries have suffered tremendously as a result of this scourge. In Kenya’s 2007-2008 post-election, violence revealed the extent to which tribal forces could quickly bring a country to the brink of civil war. The challenge to democracy in Africa is not the prevalence of ethnic diversity, but the use of identity politics to promote narrow tribal interests. Some incompetent politicians have exploited tribal loyalty to advance personal gain, parochial interests, patronage, and cronyism. As a result, they are inimical to democratic advancement.  It took Kenyan political parties nearly a decade to unite and defeat Daniel Arap Moi’s regime. The leaders were primarily focused on pursuing their tribal interests rather than uniting around a common political programme.

Tribalism makes people judge you by the language you speak rather than by your personality. The absurdity of it all makes you wonder when you made an application to God personally, requesting to be born into a particular tribe. Rwanda is unfortunately a good example of a country that witnessed one of the worst genocides in the world. Kenya, Rwanda, Burundi, Somalia and many others have suffered from post-election violence due to tribal tension. Votes are not based on ideological affiliations or preferences, but on tribal identities. The mentality to vote for a drug dealer, a murderer, a saint, a corrupt narcissist, a peace maker or even a devil just because he/she comes from your tribe is wrong and unhelpful. Sometimes, people prefer hiring from their own tribe and doing business with people from their own region. They do this not because they are evil, but because they are more comfortable sticking with the familiar. This however locks out better suited and more experienced individuals who could have been a better fit for a company. Tribalism is therefore a hindrance to development.

I have seen areas where President Maada Bio has acted appropriately and decisively to nip some vices in the bud. It is a novelty and hope he continues with determination and sincerity.  Tribalism should not be used by naysayers to criticize the new administration, and the new administration must ensure that all the decisions taken reflect national interests and not one region or tribe. The aspects of justice, appointments, and opportunities must be evenly distributed across the country. That makes a leader from a politician.

In Sierra Leone, most incompetent politicians use tribalism to escape from their constitutional responsibilities. Tribalism has become the first refuge of the incompetent, and has been used to weaponise our politics. The late Joseph Saidu Momoh was conscripted into the AKUTAY tribal group that became more powerful than his party that gave him power. As a result, most fraudulent and incompetent politicians and businessmen used the group as a subterfuge to penetrate their influence into main stream politics in a bid to corrupt the system.

I heard president Bio listens very well and he must listen to the cries of the people of Sierra Leone. Tribalism is an inherent value in us BUT it must not be used as the yardstick to seek employment, escape justice or engage in corruption. President Maada Bio’s greatest enemy could be himself. He has the opportunities to transform himself into a statesman in Africa. Sierra Leone is blessed with competent, resilient, grateful people with knowledge about leaders who are on their side.

Mr. President, suppress tribalism and decimate corruption. Your legacy will speak for you. If the president is a listening leader, he should know that the people of Sierra Leone want corruption and tribalism minimized in the country.