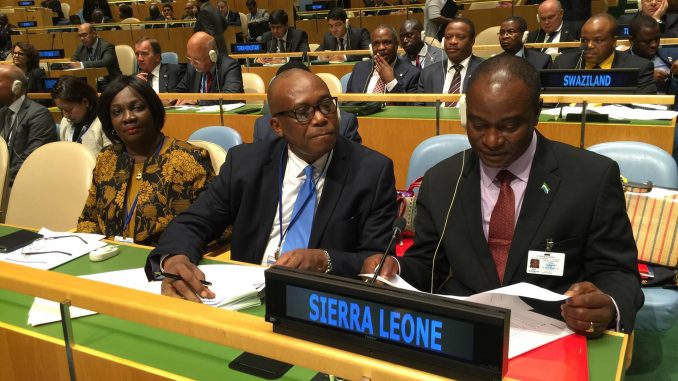 The citizens of this nation are still raising patriotic concerns applicable to the manner at which our former Diplomats are maltreated with regards refusing to honour the payments of their June and July salaries coupled with annual housing and other allowances. Sierra Leoneans are reiterating that devoid of their political belonging, their full repatriation packages should be paid on the back drop of the diligent and satisfactory services they have professionally offered this country out there. The SLPP government under the leadership of President Bio has given the impression as if they have met the outstanding payments of those Diplomats who are vehemently left stranded in their various countries of representation.

According to a reliable source, what has worsened the situation now is how they could honour their outstanding bills before leaving the shores of those countries as eminent personalities. This is really embarrassing as it does not portray a good image for our country to the international community at large. Such hardhearted act by the government would further lead to international disrepute if not treated professionally within the shortest time. The general concern on this burning issue is that new appointments should have not been made at the detriment of frustrating others as such attitude is highly unethical. The repatriation packages of the outgoing Diplomats should have been administratively handled before new political appointees should have been made and before sending them on their distinct duties.

As the popular adage goes “Give to Caesar what belongs to Caesar” meaning settle their financial obligations and ethically relieve them from their professional duties thereby restoring their status. Competent leadership encompasses doing the right thing for the people especially those who have devoted to serve this nation assiduously. Based on reliable intelligence, the dedicated Diplomats are willing to come home provided their dues are adequately met for a peaceful diplomatic transition for the betterment of Mama Salone.