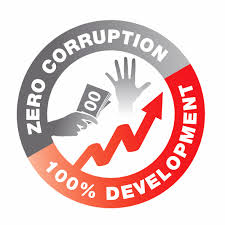 According to the National HIV and AIDS secretariat Report of 2013, there were 300,000 young women actively involved into prostitution before the eruption of that dreadful epidemic – EBOLA. It has been anticipated that the above figure is prone to increase due to the current socio-economic downfall of the country.  According to exclusive interviews conducted whilst on duties, those commercial workers painfully disclosed that they are normally harassed by the police with their monies and other valuables confiscated, including forceful sex. They continued by confessing that the only crime they are quite aware of committing is selling their bodies for money which is prone to a lot of Sexually Transmitted Diseases (STDs) that are not good examples for the health sector of the country. DON BOSCO, being one of the Human Rights bodies that are advocating for the vulnerable, is drawing the attention of the public with regards abusing the human rights of the uncontrollable commercial sex workers by the Sierra Leone Police (SLP) especially at the Lumley and Aberdeen beaches.

In mitigating the threats posed on them, some of their leaders took the credits to mobilize funds among them to soften the grounds. Based on our closed and unswerving findings, this press was told that the sum of Le 500,000.00 was raised for the Local Unit Commander (LUC), Samuel Kargbo attached at the Aberdeen Police Division at that time. After the said amount has been handed over to him, it was alleged that the LUC committed himself to be working with them and ensure that the issue of harassment would be a thing of the past as long as they continue to work amicably with him. In the same vein, the Local Unit Commander (LUC) Andrew Mustapha Kamara attached at the Lumley Police Division was also accused of receiving the sum of Le 500,000.00 in order to always condole and protects them. On expressing his anxiety, he even attempted to have given them his contact for regular discussions relating to their daily operations and making sure that no one among that team gets into the police net.

In responding to those deceitful acts, the Human Rights Lawyer –Madam Lavallie, firmly condemned the act by disclosing that the police should be condemning and protecting those girls rather than condoling them. In addendum to that denunciation, the eloquent image maker of the Sierra Leone Police (SLP), Superintendent Ibrahim Samura, strongly condemned the act by cautioning officers that anyone caught in this demeaning act will face the full penalty of the law. He overstressed that it is undone and closed supervision will be carried on. However, he outlined some of the disciplinary actions that will be levied on anyone find wanting – among them were half month’s salary, immediate dismissal, court action etc.