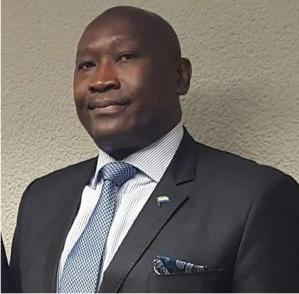 The erstwhile Minister of Energy in the former Ernest Bai Koroma APC led Government, Amb. Henry Macauley has swiftly reacted to a recommendation by the Governance Transition Team set up by President Bio that he must be investigated for impropriety relating to the Aggreko contract.

Henry Macauley maintained that it appears that members of the Committee do not really know the nitty-gritty of the contract and how it was implemented.

In a correspondence to the Chief Minister, Professor David Francis who is the Head of the Transition Team, the erstwhile Energy Minister highlighted that ,“I believe there are several inaccuracies in the report and crave your indulgence in making the following observations.”

He made reference to how during the dry seasons approach, in anticipating the drop in power from Bumbuna, and to avoid blackout which has various terrible and crippling consequences on the lives of the people, the standing Dry Season Committee, (with the membership of the Ministry of Energy, Ministry of Finance, Attorney General’s Office, PPP Unit, State House SPU, EDSA and EGTC), met every week for deep discussions on plans to keep the power on, and decisions jointly taken. He noted that it has never been a unilateral action and he as Minister did not sign any Agreement alone.

He told the Chairman of the Transition Team to consult “Annex A”, minutes of one such Dry Season meeting, evidencing the attendance of the above mentioned MDAs.

Henry Macauley furthered that the Team was oblivious of how the Aggreko contact was the subject of an international tender launched by EDSA and supervised by the World Bank in 2016 and went through a rigorous procurement process.

“Aggreko won the bid following which there was extensive negotiation by the Dry Season Committee. The contract was also cleared by the NPPA and the AG’s Office.  The Board of EDSA, the Off taker, deliberated and approved; the Chairman EDSA and the DG signed the Agreement,” he schooled Prof David Francis drawing his attention to see “Annex B” of Invitation to Tender.

He added that the contract signed in December 2017 was simply an extension occasioned by the dwindling water level at Bumbuna and the fast approaching dry season.

Henry Macauley said even though Karpowership had berthed construction of the transmission towers and other delays meant it could not be deployed immediately.

He pointed out that Aggreko was an Emergency Power Rental contract, for only 6 months of the Dry Season which he said cannot be compared to a normal IPP of 2 years or more. “The tariff calculated by EDSA for Aggreko was 23cents per kwh inclusive of fuel and not 35cents per kwh without fuel,” he clarified to the Chairman of the Transition Committee referencing   “Annex C” EDSA ‘s Report.

He said as an Emergency Power rental contract, the contractor is not expected to leave his plant behind as that was never part of the Tender or the Agreement.

“Please refer to clause A of the attached Aggreko Contract. The $1.69million referred to is the Capacity Charge for the power supplied and not an advance payment per se,” he furthered telling him to check   “Annex D”, relevant portion of the Aggreko Contract.,” he maintained.

Henry Macauley ended up by saying that electricity is an expensive business underscoring how the cost of darkness is much higher than the cost of light.

“We put many measures in place, such as the Electricity Crimes and Offenses Committee, to ensure EDSA becomes viable and independent of Government’s financial input. This and other initiatives and guidelines were in my Handing over Notes,” he hammered home.

The calculated and highly intelligent personality intimated that with respect to a corporate, not personal loan with Sierra Leone Commercial Bank, satisfactory arrangements were made and the matter put to rest.

SLPP Party Transition Report is an...